Gaming on smartphones was just a way of leisure or entertainment in the earlier days but if we zap ourselves back to 2020 it’s a completely different picture. Nowadays gaming on a smartphone has reached the stage where it has become the lifestyle and even income sources for many gamers. This effect has been mainly possible due to the development high FPS, graphic intensive games that has come into the picture. A prime example of this would be Call of Duty Mobile. In order to facilitate this the smartphones have been getting more and more powerful in terms of processing which in some cases are better than your old laptops but at the same time remain compact and offer stable and reliable performance. These gaming phones have even implemented completely new technology in order to keep up with the demand like UFS storage, liquid cooling, and so many more. Let take a look at some of these savage pieces of Technology so that you can have a better understanding of them in case you ever feel the need. These are top smartphones when it comes to gaming and they are unique in their own perspective.

Even you aren’t a gamer its more than likely that you would have come across this one way or another. When it was first introduced it look the entire market by storm thanks to its unmatched performance and looks. Even now it continues this trend its third edition. It comes with the latest Snapdragon 865+ and up to 12 GB RAM for uncompromised and unmatched performance. It has a 3-D PRINTED Copper Multi-stage Vapor cooling system to ensure that the phone stays cool through long intensive gaming. It comes with an AMOLED HDR 10+ Display with refresh rate of 144 Hz so and a 1 ms response time for those lighting fast movements. You don’t ever have to worry about running out of charge on the go with its massive 6000 mAh battery. The phone is built with gaming at its core use, has Dual     Type – C Ports, Air Triggers that have partial controllability, and a glowing LED logo in the back, and an overall gaming aesthetic. The main reason for its popularity was its price point which was at all-time low thanks to Amazon mobile coupon code encouraging more ad ore sales. 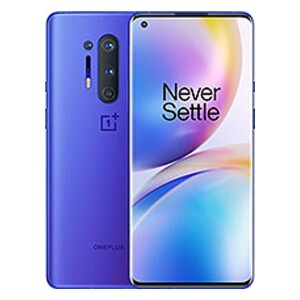 This list would be incomplete without this phone. Although it started pretty recently the phone has definitely made its way to the top and is competing head on head with the market leaders. The phone when it released has the best in class performance for its price. Its current edition although has gone up in price brings in way too many features. It has the 865+ chipset, 120 Hz refresh rate screen, and UFS 3.0 storage for those heavy gaming. It stands out because of how well it is on the other features as well mainly the camera it is crystal clear, and has 4K recording at 60 Hz, super slow motion. The phone has one of the best software performances and a really bright and vivid screen. It is also one of the only gaming phones that has such a premium feel in terms of design aesthetics and a matte finish as well. The McLaren Edition which was a collaboration was available at a heavy discount through Flipkart mobile promo codes was another important milestone in their road to the top. 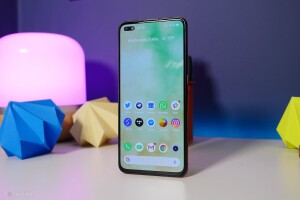 Another strong competitor in this category in this deceptively simple looking beast of a phone. It has the best possible performance possible through hardware that includes the 865+ chipset along with the LPDDR5 RAM and UFS 3.1 storage. The phone has an impressive Super AMOLED displays with an ultra-smooth 90 Hz refresh rate screen. The screen is bright and has an incredible dynamic range so you don’t have to worry about it being a sunny day. The phone has one of the best in class charging systems supporting a whopping 55W charging brick allow you to almost fully charge your phone in less than an hour. The efficiency allows to easily go a full day on a single charge. The phone is one of the few to still have a dual stereo speaker setup so that you don’t have to worry about it being not loud enough. The phone has a simple design aesthetic with minimal lines. It has a great camera setup allowing for some epic photos as well. Overall, for its price point it’s really worth the money and delivers what it promises.

With the current pace at which technology is advancing it is very plausible that these phones wouldn’t be able to complete with the upcoming models in many cases of themselves. The gaming industry has been developing more and more intensive games in line with the demand. In order to keep up with this the smartphones will keep on receiving major upgrades in the years to come. Keeping this in mind, it is important to realize that this list is relative to time. Hoping that you find you found whatever it was you came looking for.