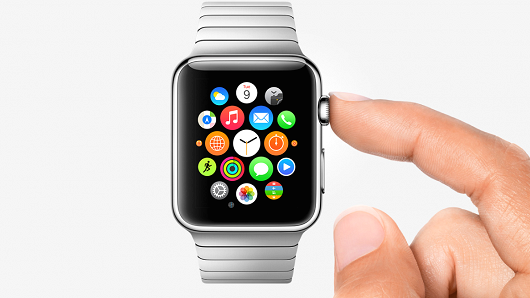 Apple Watch is no longer a rumor it’s a real thing and lucky for us its technology and design are voluminous than anticipated . Sure, Apple CEO Tim Cook wasn’t kidding when he said today could be one of the biggest day for the Cupertino based company. The all new coherently designed smartwatch marks a new era for the electronics leader and illustrate why Apple is called the innovation powerhouse in this market. Earlier the smatwatch was expected to be called iWatch but after official announcement it appears that it will be called Apple Watch.

The Apple Watch comes in three variants; the first one is simply called Apple Watch while the second one is a sport version named as Apple Watch Sport. The third version is been dubbed as “Special Edition” that comes with expensive features. 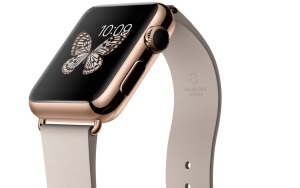 First variant Apple Watch is designed to work closely with iPhone and it will be compatible with iPhone 6, iPhone 6 plus, iPhone 5s and iPhone 5. It comes in 18 different designs that boast fine stainless dial and leather or stainless still band.

On the other hand Apple Watch Sport is more of a funky version that features anodized aluminum cases paired with colorful bands. The third and probably the most expensive variant Apple Watch Edition boast shiny 18 Karat Gold cases in yellow and rose color.

Both the Plain “Apple Watch” and “Edition” variants come with Sapphire crystal coating while the sports version’s display is covered with Strengthened Ion-X glass.
Now, coming down to the more exciting part, the apps, Apple Watch can send customized emojis, keep track of your fitness over time. It has a stand ring that show how many times you take a break from sitting, excise ring and move ring tell you about your total movement throughout the day. 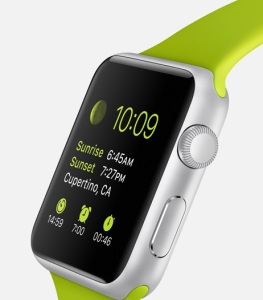 Most functions of Apple Watch are operational through the digital crown that sits on the right side along with a small button for easy access to friends. Apple Watch is powered by whole new interference that also support the company’s well known voice assistance Siri.
The smartwatch is highly customizable and comes in dozens of design variants. Starting price of Apple Watch is going to $349 and it will hit the market in early 2015.