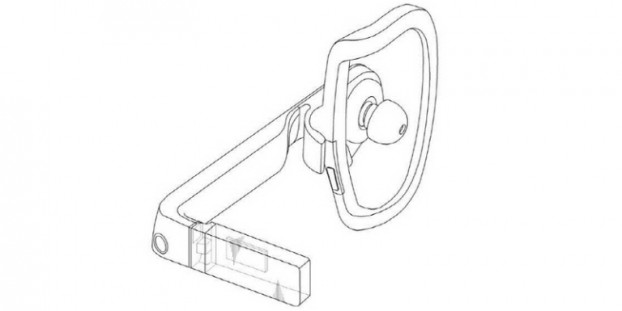 Samsung is reportedly building its own version of Google Glass named Samsung Gear Glass that will run on next generation Tizen Operating System. According to a report on a Korean daily called Business Korea Samsung will launch Google Glass type device on September this year.

The report says that Samsung is going to launch its Google Glass version dubbed as Gear Glass in popular tech IFA 2014 which going to be held in Berlin from 5-10 September.

Samsung Gear Glass has almost similar right eye display as Google Glass and has a right earpiece that can play music. As per the patent design the Samsung version of Google Glass doesn’t look like spectacles but rather has an ear handle like Bluetooth headphones.

If one follow Samsung closely it is obvious that Samsung is jumping on any wearable bandwagon that pops up. Its smartwatch Galaxy Gear didn’t ring the bell and has disappointing sells but Samsung continued with second version Gear 2 and even launched fitness bands.

Samsung’s rush to launch its own version of Glass explain Google’s sudden move to sell beta version of Google Glass which is now available for purchase in US. Google has been developing Glass for almost two year but it is still in beta mode.

Google’s Glass is more of a futuristic device with various new apps and techniques that are exclusive to Glass but it also has a hefty $1500 price tag. It would be interesting to see how Samsung’s Gear Glass match up to the high hailed Google Glass.