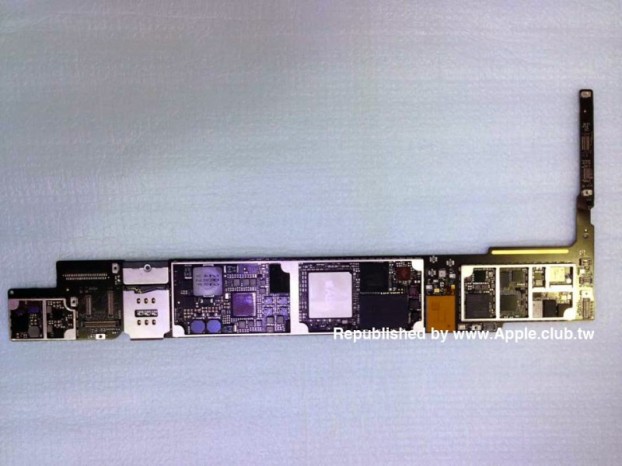 After gaining its yearly publicity for new iPhones, Apple is all set to unveil its new iPad and Mac on October 16. However, before the Cupertino tech giant takes the wraps off the iPad Air 2, newly leaked pictures of the second generation iPad Air give away details of the tablet.

The pictures don’t show the design and the looks of the device like other leaked shots, but give a great idea about most of the hardware components of the iPad Air 2.

Earlier rumours related to the iPad Air 2 have also suggested that the successor of the iPad Air will come with a Touch ID home button like the iPhone 5S.

The motherboard suggests the new powerhouse for the iPad Air 2. When it comes to the processor, the new iPad is going to be powered by the Apple A8 SoC. However, there are some sources suggesting that the speed of iPad Air 2’s A8 chip will be clocked at higher frequency than the A8 chip installed in the iPhone 6 and iPhone 6 Plus.

Another move to make the tablet thinner is the display. The front panel shows that the iPad Air 2 will come with an integrated display which will reduce the weight and the size of the device. The panel as the two usual slots – one for the Touch ID home button and one for the FaceTime camera.