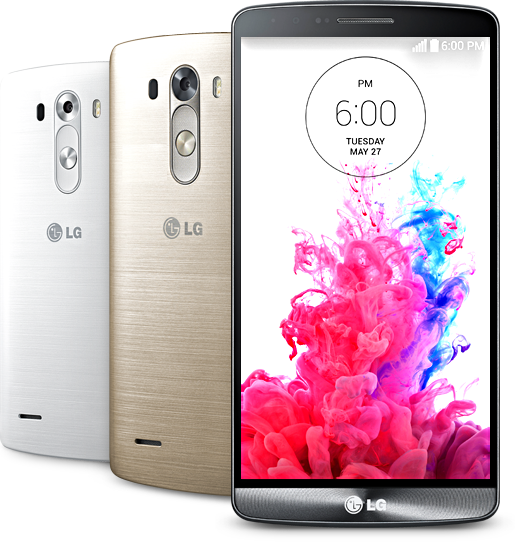 With its newly launched flagship LG G3 the South Korean smartphone maker has outdone Sony and Samsung in features segment. LG launched its much awaited smartphone in a packed event in London. The new flagship smartphone shows off a lot of specs which were rumored to be part of Galaxy S5 but didn’t turn out to be true.

The new LG flagship has a plastic body that has a metallic finish that looks somewhat similar to HTC One M8 but it’s not all metal. LG G3 might appeal music lovers with its powerful 1 Watt speakers with Boost amp that promises to give deep low and clear high pitch sounds. LG also says that G3’s outer coating is scratch free that may eliminate the need for protective cover.


LG G3 kills the specs competition as it packs humongous 5.5 inch screen with the never before seen resolution of 2560X1440 pixels. The smartphone sport biggest screen size and 538 pixels density among its rivals as both Galaxy S5 and Sony Xperia Z2 have continued their old display of 1080X1920p with some changes in display pattern.

The device packs same Qualcomm Snapdragon 801 Chipset as it Sony and Samsung rival and packs 2.5 GHz processor. The smartphone offers 2 GB RAM with 16 GB internal model while the 32 GB variant offers 3GB RAM choice. LG G3 also has an micro SD slot for expandable memory of up to 128 GB.

The electronic giant will make LG L3 available in South Korea from 28 May onward and will start rolling it globally after 1 July. The price of the smartphone has not been revealed as of now and LG has not announced any plans on LG G3’s arrival in India.