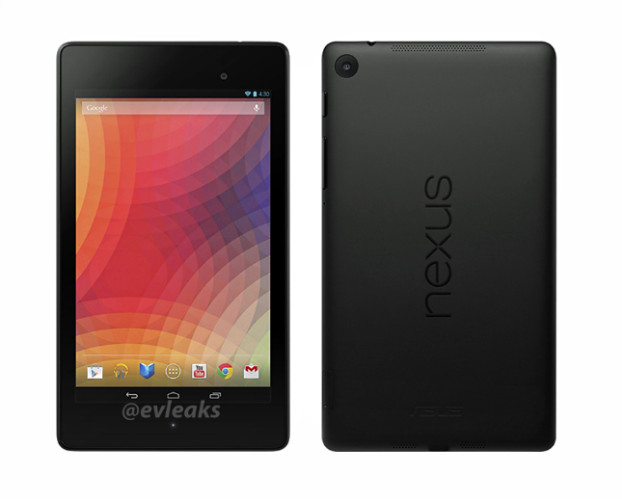 The Nexus 7 is fueling the rumor market of the technology world for quite some time, and this time this one of the most awaited tablets can be seen in some leaked pictures.

Well-known leakster, @evleaks has posted some pictures that it claims to be of the upcoming Nexus 7 tablet. Apart from showing the looks and design of the tablet, the popular Twitter handle also reveals that the Nexus 7 will be running Android’s most advanced version Android 4.3 Jelly Bean out of the box.

Though, the bits of the information are part of the ongoing rumors as no official announcement has been made by the manufacturer of the device, we still ought to believe it considering the track record of @evleaks in providing ‘legitimate’ information about upcoming devices.

The new Nexus 7 shown in the pictures looks so much like its predecessor, but the device is going to be thinner and slightly bigger than the current model available on the Google Play store.

The front and the back cameras are easily visible in the pictures and the Nexus moniker on the back to the tablet can be see place with different orientation.

The current model carries the Nexus moniker with portrait orientation but the new model will have it in landscape whereas the manufacturer’s logo (ASUS) will be placed with same orientation at the same place.

The device has already been in news for its July 30/31 release but as the dates are not given by Google, we will take every piece of information with proper amount of salt.