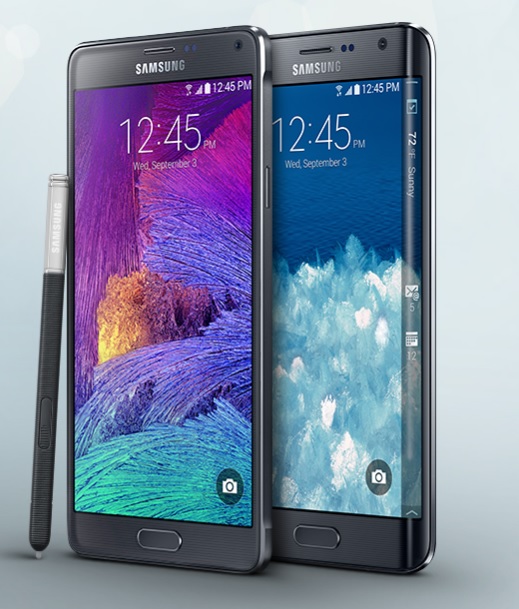 Samsung Galaxy Note 4 is here and it appears that the Korean electronics giant has done a lot of improvements in the design to make Note 4 an appealing choice. Samsung was expected to announce the new big screen Galaxy Note 4 at IFA Berlin but surprisingly the company unveiled the new Phablet flagship before the event.

It’s almost impossible to imagine Samsung launching a flagship successor without increasing the screen size, Note 4 comes with 5.7 inch screen which is 0.2 inch bigger than last year’s 5.5 inch Note 3. But the much bigger change comes in the display segment where Note 4 boasts 2560X1440p resolution to beat Note 3’s 1080p resolution.

It has become a tradition for Samsung to equip Note series with the same megapixels of camera so Note 4 was expected to feature same 16 megapixels camera as Galaxy S5. The camera feature is an upgrade from the 13 megapixels camera that is part of Galaxy Note 3 model. The latest Note 4 also comes with optical image stabilization feature for shake proof images and records 4K quality videos.

The front camera in new Note member has also received handsome upgrade as it now swank 3.7 megapixels wide angle lens to see 2.1 MP front camera in older Note 3. Thankfully Samsung has also placed a side touch button to access camera which is a thoughtful move considering the humongous size of Note 4.

Samsung is expected to launch Galaxy Note 4 with its own octa-core Exynos 5433 processor in Indian continent that will feature four processor of about 1.3 to 2. 3GHz. The powerful processor might get accompanied by 3 GB RAM.

While the other side of the world may receive Galaxy Note 4 with 2.5 GHz processor with Qualcomm Snapdragon processor 805 chipset, coupled with 4 GB RAM. The internal memory segment will continue to feature 16 GB, 32 GB and 64 GB options along with a memory slot to expand the memory for up to 64 GB.

The new Samsung machine runs on latest Android 4.4 KitKat and has a layer of Samsung UI Touch Wiz running on the top.

Galaxy Note 4 has adopted the power saving mode that we first saw in Galaxy S5. As per Samsung despite bigger screen size the 3500 mAh battery in Note 4 will go extra mile thanks to its enhanced design.

Samsung hits a lot of right notes with Note 4 and the new design and functions of new Note model shows that the company has recovered from Galaxy S5 goof up. Although Note 4 has the same Note 3 like leather back its new metal chassis and added features and improved design place it way ahead of Note 3.
Samsung has already started taking pre-orders for new Galaxy Note 4 phablet but there is no announcement on when will the smartphone be available in market.