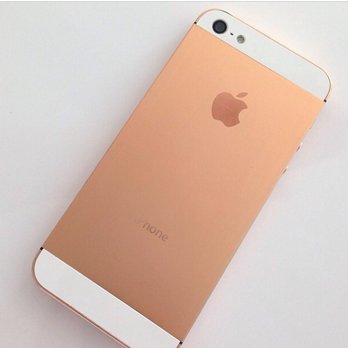 Apple is still making headlines by record breaking sells of its latest iPhone 6 and big screen iPhone 6 Plus but rumors about next iPhone features are already out in the wild. Traditionally, the Cupertino based giant launches new iPhone in September every year  alleged next iPhone leaks have started to pop up.

Here we have listed the best and most probable iPhone leaks that might actually make it to next Apple iPhone.

Every year rumor kitchens cook up stories about pixels update in next generation iPhone but in the end Apple debunk those theories year after year. Back in 2011 Apple introduced 8 megapixels rear camera alongside a front camera in iPhone 4s.

Although, Apple has made many changes in design and sensor of its iPhone camera over the years the pixel part hasn’t seen much improvement. Finger crossed, perhaps this time rumors will come true and we will see 12 megapixels camera sensor in iPhone 6s.

Rumor bird has it that Apple may have more puffed up RAM to accompany its next generation A9 chip. However Apple does not disclose much detail about iPhone processor and RAM experts believe the latest iPhone sports 1 GB RAM.

Despite taking a hit due to ‘bendgate’ Apple has sold millions of iPhones this year but that doesn’t mean the issue won’t be addressed in next iPhone.  The Cupertino giant is expected to come up with more rugged and sturdier material and design to avoid any more bendgate incidents.

Talks about unbreakable sapphire display on iPhone 6 were all over the place but the 2014 models device featured little of the precious stone. Considering the scale of Sapphire mining Apple has been involved with we may finally see a Sapphire coated screen in iPhone 6S.

Apple is supposedly planning to add a ‘Rose Gold’ variant to the existing lineup of Champagne Gold, Silver and Space Black. Probably Rose Gold will become a new ‘bling’ iPhone model and Apple would be eyeing to attract more female customers putting some pink in its jewel device.