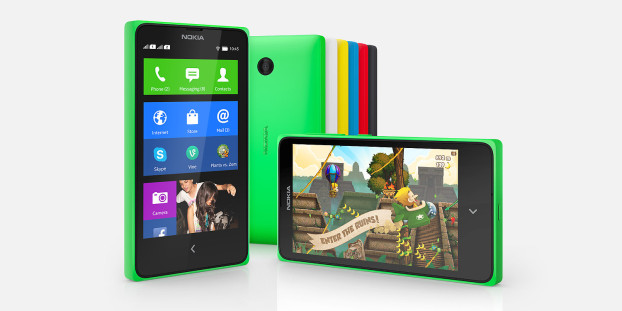 Today is the day for Nokia lovers who have been waiting to get their hands on the first Android based Nokia X. The android based budget smartphone series Nokia X, X+ and XL is expected to be launched on Monday with the starting price of 8,500.

Although, Nokia has not put an official seal on the price yet so original price might vary from the estimated value of Nokia X. The smartphone is listed on The mobile store with no information on availability and price.

The start-up Android based Nokia X, X+ and XL was first seen in the Mobile World Congress in Barcelona last month. Nokia X had been in news for a long time due to its operating system that uses Android but actually Nokia X does not run on pure Android.

As far as the specs are concerned, first two entries Nokia X and Nokia X+ sport 4 inch display screen and 3 MP primary cameras. Nokia X comes with 512 MB of RAM while the plus version packs 768 MB RAM and 4 GB of internal storage via Micro SD slot.

The third smartphone in the X series named Nokia XL has a whopping 5 inch screen and comes with 5 Megapixels camera. It has 786MB RAM and 4GB internal memory in the Micro SD slot. All three smartphone are powered by the same 1 GHz dual core processor by Snapdragon.