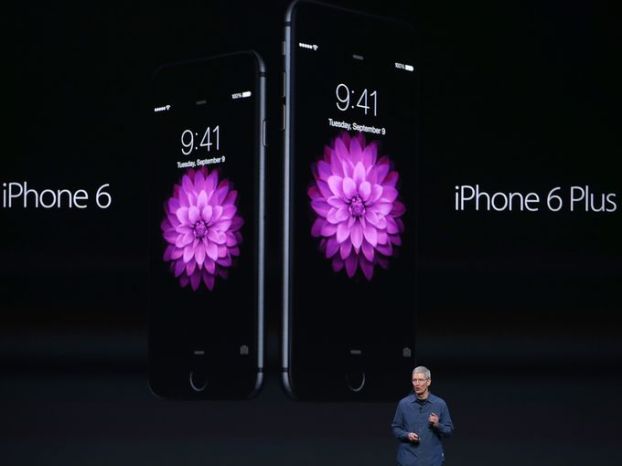 Apple has gone bigger with 4.7 inch iPhone 6 and 5.5 inch phablet iPhone plus but size is not the only difference that set these new iPhones apart from predecessors. With curved edges, super sleek design and puffed up display iPhone 6 and iPhone 6 Plus look a lot like small screen cousin of iPad Air. But that’s not the only change in the new line up of Apple smartphone. Join us as we rate the hits and misses of both new iPhones.

Traditional small screen iPhone are history as Apple step in the 4 inch plus screen size with a bang. Smaller among the two newbie’s  is iPhone 6 that sport 4.7 inch display screen compare to 4 inch in iPhone 5S. The smartphone has Retina display of 1334X750 resolution at 326 ppi density. On the other hand first Apple phablet boast massive 5.5 inch screen with much brighter 1920X1080 resolution at 401 ppi.

Blame it on rumor or sulk openly but most of us were hoping for a 13 megapixels camera that clearly neither made it to iPhone 6 or iPhone 6 Plus. Instead, Apple replaced old 8 megapixels with new iSight camera that enhances auto focus, adds, true tone flash, optical image stabilization (only iPhone Plus), Sapphire crystal lens cover, and some DSLR like features.

Video recording on new iPhone 6 got little better with 1080p recording  at 30 or 60 fps and there is also a slow mode option. Apparently, Apple did not increased the megapixels of its iPhone camera it did added features to call it an upgrade.

New A8 chip look faster and better than previous model but when you consider the fact that iPhone 6 and Plus have much bigger screens to support. Comparatively, the new chip plays graphics 50% faster than previous version and is overall25% faster, though it sounds good in number only a real test will determine how it performs in action.

If Touch ID was the biggest selling feature of iPhone 5S, Apple Pay might do the trick for iPhone 6 and iPhone 6 plus. Exclusive to US for now, the Apple Pay technology may revolutionize banking for Apple users. The program creates a virtual passbook and uses Near Field Communication to enables you to buy merchandise with a single touch. The Touch ID is now integrated in the home button, so home button would be the key to your bank transaction.

You can use iSight camera to capture you card details that get restored in your passbook immediately. Apple claims that since Apple Play will be a much secure way of transaction because it doesn’t require you to show your card to anyone.

iPhone 6 and iPhone 6 Plus are a mix bag while Apple successfully designed a big screen iPhone there is very little to call it a whole new device. Most iPhone 5S user may not find it a worthy successor since the camera and interference see little changes. Although, if you are one of those Apple users who have been waiting to get their hands on a big screen iPhone now is the time to take advantage of the size.