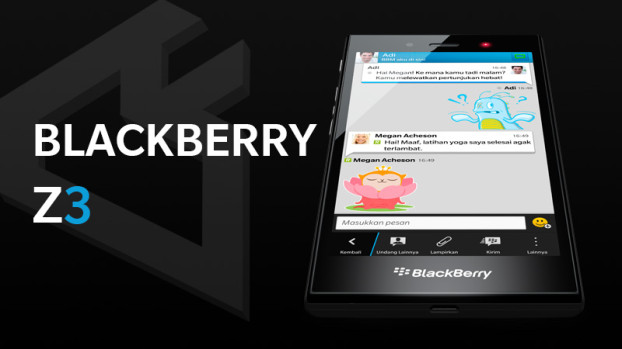 After its enormous success in the Indonesian market, BlackBerry is finally going to debut its BlackBerry Z3 smartphone in India.
The BlackBerry Z3 codenamed Jakarta has already earned accolades from many of the reviewers and its users in Indonesia are also very happy with the experience they have got after using the device.

The biggest factor that worked in the favour of this BlackBerry device in the Indonesian market is the price. The BlackBerry Z3, which is an all touch 5-inch smartphone, was launched in the Southeast Asian country for just IDR 2,199,000 (equivalent to India’s Rs 11,500).

The sudden and unexpected success of BlackBerry Z3 shocked the company executives, in a way, and also indicated that the right combination of hardware and price tag can do wonders for the Canadian smarphone maker.

When the Canadian company launched its first BB10 device – BlackBerry Z10 – the price was so high that people rejected the new smartphone and the operating system outright because of the high price from a company that had lost its ground in the market and was trying to make a come back.

The BlackBerry Z3 is going to be launched in India on June 25, and with its launch it will be considered as one of the nearest rivals of Motorola’s Moto G.

There are some reasons which might keep BlackBerry away from Indonesia like success in India. As telecom companies offer handsets on subsidized rates in Indonesia, we can’t expect BlackBerry Z3’s price to be at par with the Indonesian handset.

In India, BlackBerry pays much amount of taxes and telecos also don’t provide any subsidy on handset. In case like this the price of the BlackBerry Z3 is going to be somewhere Rs 14,000 which puts the device little out of the budget category

Another factor which will work against the BlackBerry Z3 is the presence and the price drop of BlackBerry Z10 in India.

As the BlackBerry Z10 is available and the price of it has also been dropped drastically to somewhere Rs 14,000, Indian buyers who always believe in ‘big specification in little money’ would prefer BlackBerry Z10 over BlackBerry Z3.

The device is a full touch smartphone with a 5-inch display. BlackBerry Z3 is powered by Qualcomm MSM8230 Snapdragon 400 processor with Adreno 305 GPU. There is some good storage capacity with 8GB internal storage that can be extended to 32GB using a microSD card. The device has 1GB of RAM and runs BlackBerry 10.2.1 OS.

When it comes to shooters, BlackBerry Z3 sports a 5-megapixel rear camera and a 1.1-megapixel front snapper.