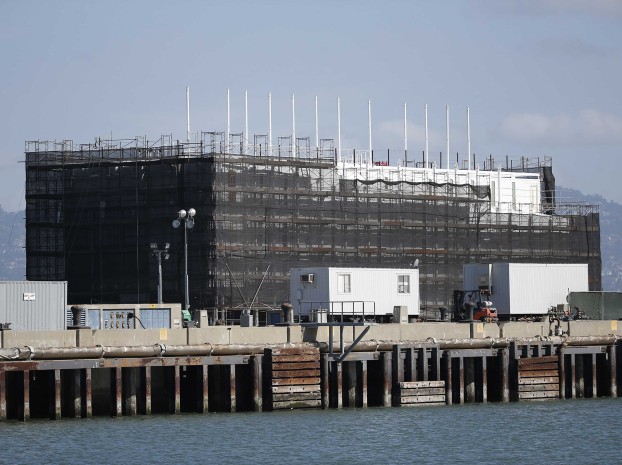 The mystery barges in the Pacific Sea near San Francisco bay area are probably going to be a fancy Google Glass Showroom and party place. According to a report from CNN’s local network KPIX-TV,the tech major is building floating Google Glass Stores to showcase its products and a cool place to develop the next big thing . Other similar barge that is floating near Maine is supposed to be the second Google Glass Store location and development center.

The mystery barges have been a topic of discussion in the US media for almost a week when no one seemed to have any clue on these floating things. Series of speculation started about these mystery things floating close to Treasure Island in San Francisco. After a round of investigation by media it appeared that Google had some connection with this barges that are floating in the sea.

A fresh report from CNN’s associate KPIX-TV says that these floating barges are going to be Google’s extravaganza Google Glass Store. Google is definitely trying to make a big statement with this one of a kind initiative to make its massage clear to the rivals. Apparently, Google is no longer just a search engine giant they are slowly growing into a major electronics maker and arch rival for Apple and Samsung.

The unusual floating Google Glass Store is a perfect example of Google’s unique approach towards simple things. Earlier this year Google had sold 10,000 tasting version of their head computer for $ 1,500 each. The experimental  version of Google Glass can be wore on the head as eyeglasses and it can click pictures, shoot videos, read emails, play songs and do video chat with just voice commend.