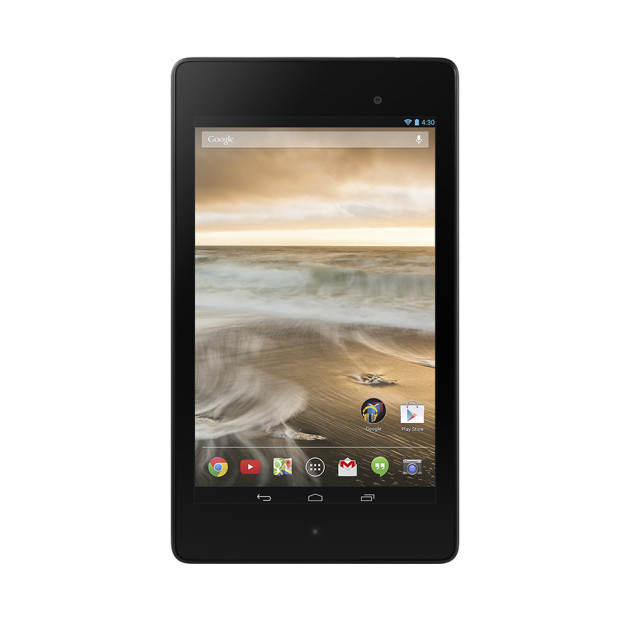 Hoping to cash on the festive season Google is all set to release its new Nexus 7 tablet in India the next month. Google’s first tablet Nexus 7 had a successful run in India last year and the company is hoping to repeat that with its new model. Nexus 7 became an immediate sensation last year as it has features like Galaxy Tab and iPad for lesser price.

With scratch resistance glass and solid plastic body the Nexus 7 looks like the tablet that is designed to last.  The new Nexus 7 has one of the best available displays on its 7 inch tablet that is faster and thinner than its previous model. It has breathtaking 1080p display that makes watching movies and playing games a pleasant experience.

The upgraded version of highly appreciated economic tablet from Google  has Android Jelly Bean 4.3 which is the latest Android Operating System. It has 1.5 GHz S4 snapdragon processor and high performing rendering that make sure games videos run smooth.

The device comes with 2 GB RAM and gives you 9 hours of video playback battery. Its efficient battery easily last up to 10 hours while web browsing and performing other tasks. The wireless charger gives you opportunity to charge the battery at anywhere you like. It has a 5 megapixel rear facing camera and 1.2 megapixel front facing camera that is ideal for tablet of its class.

New Nexus 7 comes with customize separate log in that allows it to be used by various users while keeping the privacy of each user. Every user can choose separate wallpaper apps and storage for their space on the same tablet. It gives you access to all the apps and games available on the Google Play store.

The 16 GB version of Nexus 2 costs about $229(about 14,000 rupees) in US while the 32 GB tablet comes at a little higher price. The price of new Nexus 7 is expected to be around 20,000 in India. However if you are looking to buy the original Nexus 7 it could be find on discounted prices at many retail stores online.

The price of old Nexus 7 is down to 9,999 from original price of 15,999 on many online retails in India. The 32 GB version is also expecting a huge price cut to increase the sell before the new model arrives next month.