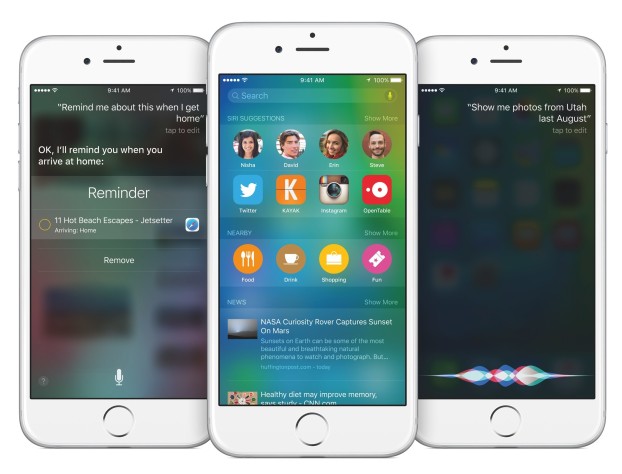 Apple has finally released its latest mobile operating system – iOS 9 – for iPhones, iPads and iPod Touch devices. The new iOS comes with some great features, improved Siri, some battery performance boost and, as always, some bugs.

Just after the launch of iOS 9, users of iPhones, iPads and iPods Touch started updating their devices to the new operating software; but much to their surprise the move brought more troubles than joy.

Many users started posting different complications on social media, especially Twitter, and Apple’s support forum on its official website. Many complaints were related to the device bricking and crashing of apps after the update.

Every since I updated my phone to #iOS9 my phone has been trash, tweeted @milove_x33.

Talking about more complications and venting out her frustration at the Apple CEO Time Cook, UK-based Twitter user @PaulLovesBerlin tweeted, This #iOS9 update is AWFUL. Bugs, screen freezes, instability. @tim_cook how did you allow this? Seriously looking at moving to Samsung now.

The threads at the Apple Support forum are also filled with complaints related to battery issues, slow performance of device, screen freeze, bricking and blackouts.

Surprisingly, after getting all these negative reports from many users Apple has not responded and acknowledged any of these issues officially so far.

This is not the first time users of iOS devices like iPad, iPhone and iPod are complaining after updating their Apple products to the new operating system. When Apple released iOS 7, many users couldn’t figure out which sink their battery juice was draining into after the update. Apple had not issued any statement at the time, but later release an updated version of the OS patching the bug that was linked to the device’s network searching capability.

Last year, after the release of iOS 8, many devices experience bugs related to Wi-Fi and the battery performance. And Apple, at this time too, didn’t acknowledge the issues officially.

Gene Munster, analyst with Piper Jaffray, explained the situation to CNET saying “…this is the standard environment for a new operating system launch.” “There are always going to be a spectrum of bugs but they should be solved within a few days,” Munster was quoted by CNET as saying.

It is understood that an operating software is properly tested once the actual users are using it on the actual hardware and with different applications; but not acknowledging the issues publicly is also not justified.

Apple released the public beta versions of the iOS 9 so it can test the OS properly, however, the new release doesn’t bring an up-to-date and bug-free iteration of iOS. It forces me to think “Is Apple using its customers as guinea pigs for iOS updates?”