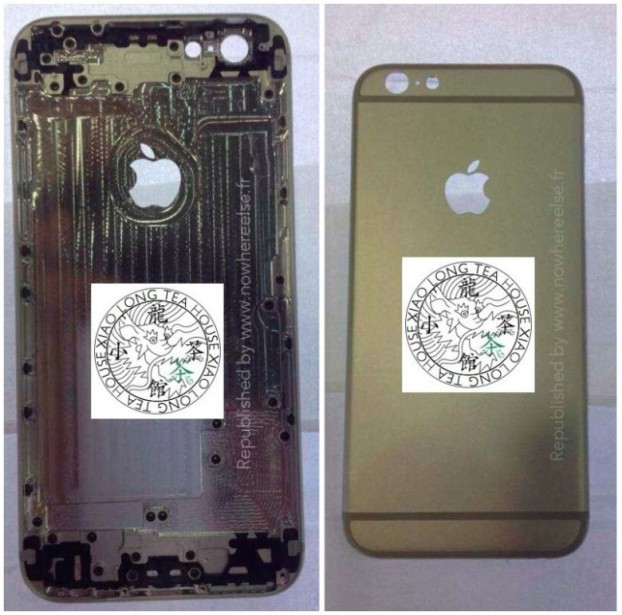 Apple’s next iPhone may be months away from official launch but the buzz about alleged real leaked photos of iPhone 6 is getting bigger by the day. For a long time tipster have been claiming that iPhone 6 will have much thinner design which will be close to iPad Air design and a new leak support that idea.

A Chinese website Xiaolongchakan has posted some alleged recent images of iPhone6’s metal chassis which were supposedly captured from one of Apple’s manufacturing unit in China.

As you can see in the images the frame looks totally different from last iPhone 5s and if is it real than the iPhone 6 will certainly have a much bigger screen compare to its predecessor. It has been long rumored that Apple will pump the screen in its next iPhone models and one among the two expected variants of iPhone 6 will feature Phablet size screen.

Rumor cloud has it that one iPhone 6 variant will feature 4.7 inch screen to match the Apple mantra of easy one hand usage device while the other will sport as big as 5.5 inch display. If the size rumor come out to be true that Apple may be able to win a lot of new consumers who look for other brands to satisfy their desire for big display.

iPhone 6 which is expected in fall (Most probably September) this year will run on latest operating system iOS 8 that has many new feature. A no touch Siri response, new health App and Health kit, revamped music app, improved Safari as a replacement of Google will also be a part of new iPhone.