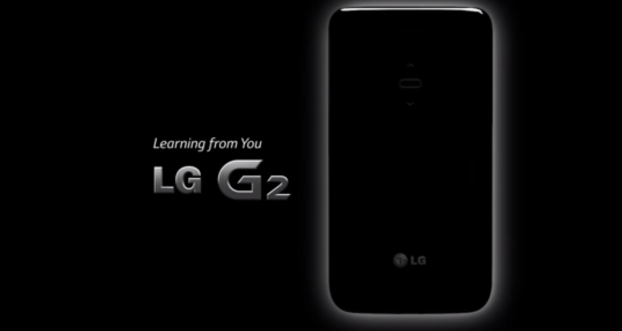 The Korean electronics giant LG has announced its much awaited flagship smartphone in New York today. The company has given a small name to its monstrous smartphone as it dropped the Optimus title from its predecessor to name the new model G2.

The biggest selling point of LG G2 is its super fast Snapdragon 800 processor that has speed of 2.26 GHz. That means whether its gaming or downloading G2 would work at lightning speed. Just as we thought the phone is designed to give competition to its rival androids as it sports a 4.2.2 Android Jelly bean, 13 megapixel camera and 2 GB RAM like its counterparts Galaxy S4 and HTC One.

In its desperate attempt to be different from similar looking smartphone LG G2 has volume control button situated on the back near camera lens. It is a unique idea but we believe this awkward button handling might need some getting used to.

LG has gone all in to create their most magnificent phone as of now but whether it is enough to win the rat race of high end Android Smartphone? We highly doubt that. For, two main factors often determine a smartphone’s success, its beauty and brain. While LG G2 definitely delivers on the hardware and software of the phone is lacks the looks.

Not that it’s an ugly phone but it doesn’t have the looks of a Galaxy, HTC or Xperia. Also, LG G2 may be big on specs compare to Moto X but it will have tough time competing against many unique features that Google’s flagship model has to offer.

Although the company hasn’t revealed the list price of the phone as of now it has informed that LG G2 will be available with contract on At&t, Verizon, T-Mobile and Sprint in US. LG will also make it available without contract in US, South Korea, Europe and other major markets.

(This is an initial review of the phone follow up for more detailed analysis of the phone.)