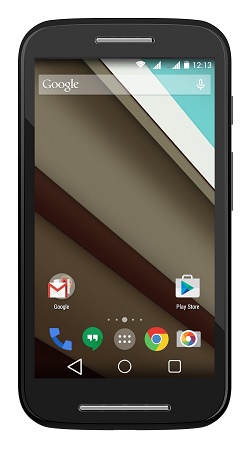 Motorola India has already rolled out Lollipop update for Moto G and Moto X and now even the entry level Moto E is ready for little more sweetness. It appears that Motorola is conducting soak test to experiment the latest Android software on its budget device and invited users to participate in the testing.

Within few days Motorola India Forum announce that they have had overwhelming response from Moto E users for Lollipop testing so not all volunteer would participate in the soak test.

Android 5.0 Lollipop is the biggest Android upgrade so far and rolling it to budget devices would mean huge design challenges. Motorola India faced some challenges while rolling out Android L on Moto G and Moto X models and considering budget features of Moto E the upgrade rout may be even bumpier in the budget king.

Also taking complains of patchy Lollipop upgrade on Moto G and Moto X into account  we believe that Motorola would make Moto E go through a round of testing before the new Android Lollipop will be available over the air.

Since Motorola has chosen India as its testing ground for Moto E Android L update its only fair to believe that the country would be the first to receive latest Android OS. And if we go by Motorola’s Facebook fan page Indian Moto E users should see new software upgrade popping up pretty soon, by the end of Feb precisely.