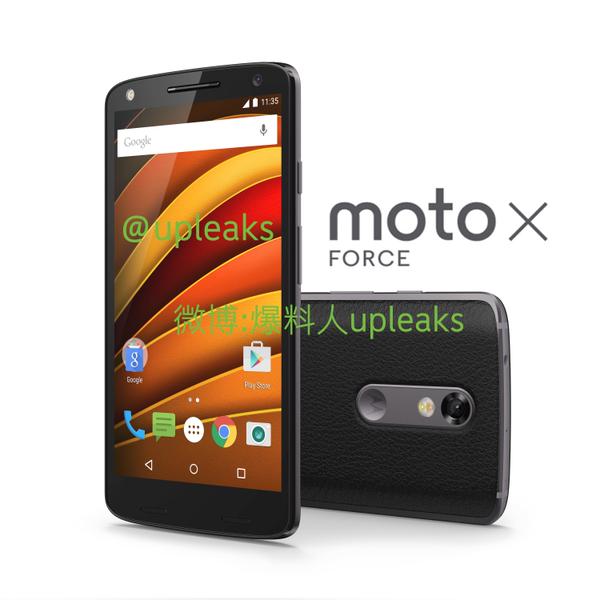 With the IFA Berlin trade fair fast approaching, Motorola is making headline in the tech world on daily basis. However, apart from the successor of the Moto 360 smartwatch, which is expected to be showcased during the annual tech show, Motorola’s new smartphone Motorola Bounce is also fueling the rumour mill.

The Motorola Bounce is speculated to arrive later this year and if the leaked information from tipster Upleaks is something to go by, the Motorola Bounce or Moto X Force is going to come with a 5.43 inch display with 2560×1440 pixel resolution. The device will be powered by Qualcomm’s one of the most powerful chipsets for mobile phones – Snapdragon 810 Octa-core processor. The processor will be supported by a huge 3 GB of RAM.

Apart from the heart and the face of the smartphone, it will also have a 21 megapixel primary camera and a 5 megapixel front-facing, selfie oriented shooter.

Upleaks not only gave away the specification details about the Motorola Bounce, but also posted a leaked picture of the device showing the front and a part of its back. This is not it, the leakster also posted a new picture suggesting that Motorola Bounce is just the code name for the new Motorola handset and the smartphone will actually be called Moto X Force.

The latest claim from the Malaysia based Twitter user seems quite unlikely because Motorola has so far not used a proper word with its Moto series and has always gone with alphabets – Moto E, Moto G, Moto X. However, after the announcement of Moto X Style or Moto X Pure it may be possible that the company is trying to revive the branding of its product line.

However, it will be interesting to see how many device out of all these names – Moto X Pure, Moto X Style, Motorola Droid Turbo 2, Motorola Bounce and Moto X Force – really come in the market.