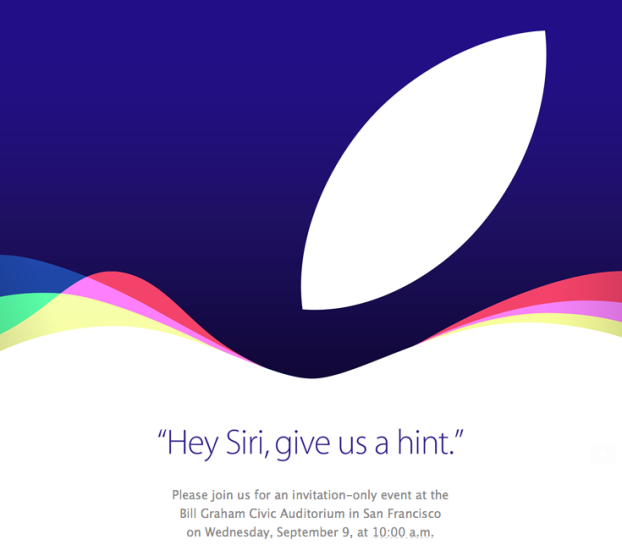 Mark your calendar people! The day that most Apple frenzies define as most exciting day of the year, is just around the corner. The Cupertino based electronic giant has sent media invites for September 9, when the company is expected to launch iPhone 6s, iPhone 6s Plus and probably a new iPad lineup.

Apple’s media invite reads … “Hey Siri, Give us a hint”. Well, the hint was enough for us to play with Apple’s voice assistance to check if it can really provide some insides on the upcoming event. We tried asking Siri the same question multiple time, and sure enough! Siri seems to be loaded with mystical answers for the Sep 9 event. Here are some of the amusing answers that Siri came up with when asked “Hey Siri, Give me a hint.” 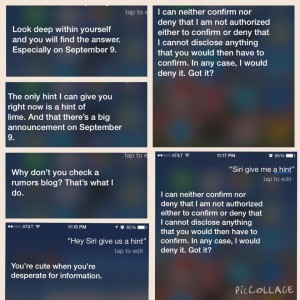 If you are one of those people who are chasing down every iPhone 6S rumor on the web, Sep 9 will be the day to see what the final product will come to be. It will be interesting to see if long rumored features like 12 megapixels camera and 4K video recording, actually make it to next generation iPhone.

Rumor has it that iPhone 6S will also feature animated wallpaper similar to the one found in Apple Watch. Apart from next generation iPhone launch the event may also set the stage for new Apple TV. The upgraded version of Apple’s streaming service is long due and since this is Apple’s last event of 2015 tech pundits expect to see a revamped Apple TV showcase at the Sep 9 event.