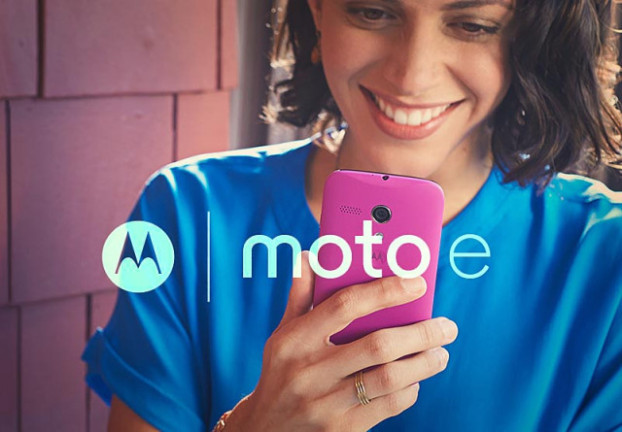 (The Article has been updated after Motorola officially announced Moto E on 13.05.2014)

After making history with Moto G sales and good reception to Moto X in India Motorola has launched an even cheaper brother of Moto G. The new Moto E which is expected to arrive in India today has much sleeker and compact design and friendlier price tag of around Rs 6,999.

The e-commerce website Flipkart which has exclusive rights to sell popular Moto G and Moto X in India has already started showing teasers of the next Motorola smartphone. The teaser makes it clear that the low range Moto E will also be exclusive on Flipkart. 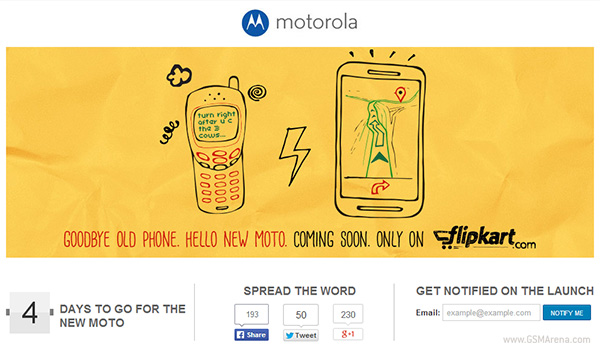 The specs of the upcoming Moto E are almost similar to Motorola’s best selling model Moto G but this next Moto supposedly features much thinner and sturdier body. Moto E will feature 4.3 inch display screen with 540X960p display covered with corning Gorilla Glass 3 and an extra protective layer of water nano coating. It has Qualcomm Snapdragon 200 dual core processor  and Adreno 302 GPU which is coupled with 1 GB RAM but downsized internal memory to 4 GB compare to 8 GB in Moto G.

The downsizing of the memory is due to price reduction in this new Moto but you can make up for the memory cut by using MicroSD card that lets you expand internal memory to up to 32 GB. The smartphone has 5 megapixels rear facing camera but lacks front facing camera and flash that exist in pricier brother Moto G.

Perhaps Motorola is trying to provide alternative choice to users who want something like Moto G but with a memory slot that doesn’t exist in its Moto selling model Moto G.

The smartphone is said to have dual sim option and 1980 mAh battery. Moto E may run on the latest Android 4.4 and have 2G and 3G support.The frame size of Moto E is said to be 124.8X 64.8X6.2mm which makes it one of the thinnest smartphone in the market.  It would be interesting to see how Motorola manages to peel the layers of hardware’s and casing without puffing the price of its next low budget model.