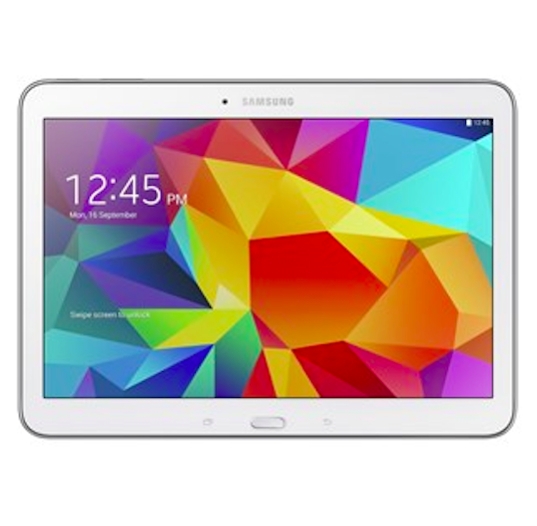 Samsung today announced its new Galaxy Tab S at an event in New York that feature AMOLED Display, finger print scanner and the thinnest design yet along with gold trim finish. The new tablet comes in 8.4 inch and 10.5 inch display sizes and buys some design elements from Samsung’s flagship smartphone Galaxy S5.

Aiming to dominate the Android tablet market Samsung has raised the bar in the display segment with massive 2560X1600 AMOLED display and special HD option for Netflix and Youtube. To compete rival Apple’s iPad that has an upper hand in the tablet market Samsung claim that its new tablet are thinner and lighter than iPad Air. The smaller 8.4 inch Galaxy Tab S weighs around 10 ounces while the bigger 10.5 inch model weighs about 1 pound.

Samsung claims that the smart display in Galaxy Tab S automatically adjusts its brightest for indoors and outdoors. The new tablet also allows user to accept phone calls from tablet if both devices use the same Wi-Fi (already available in Apple’s latest iPad).

The new Samsung tablets run on latest Android operating system Android 4.4.3 and dual core Exynos S Octa Core processor. It has 16 GB internal memory and micro SD slot to expand the memory for up to 128 GB.  The tablet promises around 11 hours video streaming thanks to its powerful battery.

With the finger print scanner and Samsung’s own Knox security software the Korean company has puffed up the security feature in the tablet to lure corporate users. The smaller Galaxy Tab S is going to cost $399 while the bigger 10.5 inch model is going to come at $499. As of now there is no official statement on when Samsung plans for rolling out the new tablet in other parts of the world.