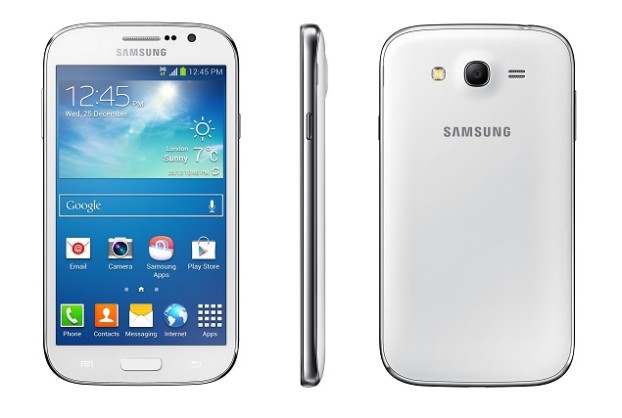 Samsung recently announced its Neo series for some of its flagship devices and the Samsung Galaxy Grand one among them. The all new Samsung Galaxy Grand Neo is expected to reach Indian market pretty soon. But, according to a Mumbai-based vendor’s tweet, the smartphone should be arriving with in a day from now.

The Grand Neo sports a 5-inch display with 480×800 pixel resolution. The device is powered by a quad-core processor clocked at 1.2 GHz and supported by 1 GB of RAM. When it comes to internal storage the Grand Neo might be available in 8 GB and 16 GB variants but both the versions will have a microSD slot supporting a card of up to 64 GB capacity.

The smartphone will come with a 5 megapixel rear camera with LED flash, and a VGA front camera just to serve the purpose of video chat.

Galaxy Grand Neo additionally features a multi-window functionality, which has been previously seen in Samsung Galaxy Grand 2 and Galaxy Note 3. The handset also comes with a modified one-handed operation keypad designed to make it easier to operate the phone with one hand.

The Grand Neo iteration looks very similar to Samsung’s Grand 2. However, the later is little more advanced and pricey.

The Galaxy Grand 2 comes with a 5.25 inch screen with 720×1280 pixels display and is powered by the same quad-core processor of Galaxy Grand Neo. However, the Grand 2 is one step ahead of Grand Neo as it runs Android 4.3 Jelly Bean out of the box.