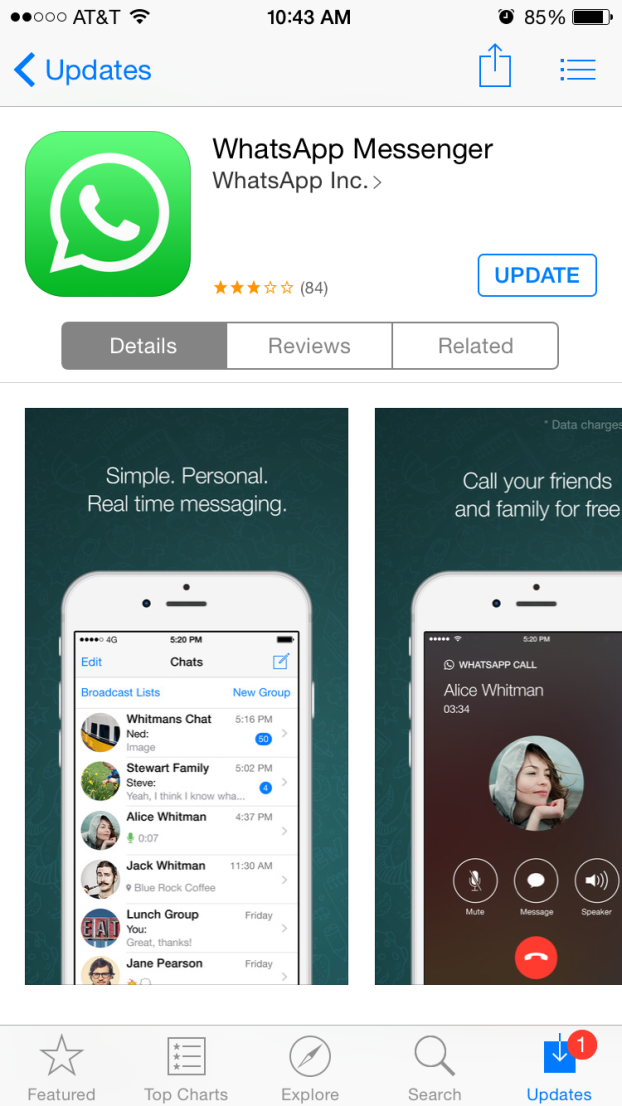 Whatsapp users on Android and Apple devices have always compared the functions of the popular messenger app on the two major mobile operating systems.

Till very recently Android users had an edge over their iOS counterparts, but with the latest version of WhatsApp entering the Apple App Store the game looks to be changing.

WhatsApp rolled out a major update for iOS users with the version 2.12.5 and the update brings a series of changes that the iOS users are going to love.

The most important feature in the new version of the messenger app is sharing the location and contacts via Apple Maps and Contact app.

Here is the list of new features and changes in the WhatsApp for iOS: