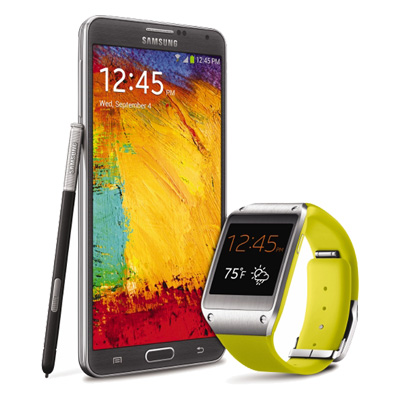 The Samsung Galaxy Gear smartwatch became the talk of town even before its official release in October. The South Korean company advertised the wearable as one of the coolest gadget of this decade but it failed to provide those fancy stuff first hand.

Nevertheless, the one of a kind smartwatch attracted a lot of Android users with its catchy price and promising features. But soon they have realized that this pricey $299 watch has nothing to brag about.

At first, Galaxy Gear was only compatible with Galaxy Note III which disappointed many Android users who were looking forward for the galaxy gear experience. Now Samsung has stretched the compatibility of its smartwatch to improve sales and Galaxy S4, Galaxy S4 mini, Galaxy S3 and Galaxy Note II owners can also use the gear.

Samsung’s recently reported that it sold over 80,000 galaxy gear smartwatches in the little span of two months. However, it remains unclear whether the given numbers refer to actual sale to consumers or total units shipped to Samsung retailers.

Galaxy Gear has 1.63-inch Super AMOLED screen with a resolution of 320×320 pixels framed in a metallic body. The smartwatch has a rubber strap that is available in six different colors. It also sports basic 1.9 megapixel camera and comes with 512MB internal memory. The wearable is powered by an 800 MHz processor.

The smartwatch was expected to run over 70 useful apps which are made available by Samsung and Google Play Store including a pedometer and other fitness Apps. Apparently, galaxy gear was only running Samsung apps until mid November which means no Gmail, Facebook, Twitter and Instagram updates were flashing on the smartwatch.

The galaxy gear finally started to show its worth for money after recent updates that allows users to access various social apps available on Google Play Store. The galaxy gear users are now exploring the true potential of this smartwatch but Samsung still has a lot to do. If the company  really wants to make this galaxy gear as popular as their smartphones it will have educate its consumers about the real potential of this smartwatch.