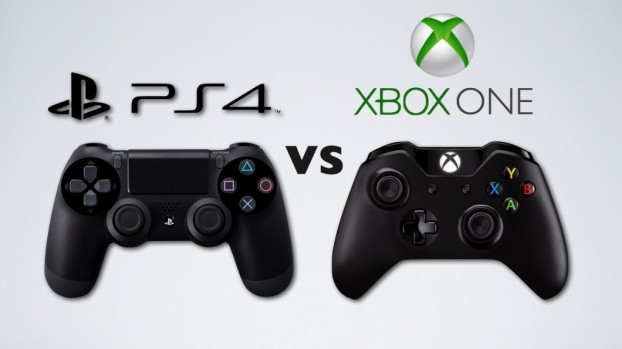 The Christmas holiday season is coming and the two major gaming console makers have brought in their latest products in the market. Sony released it PlayStation 4 last week and without wasting much time Microsoft has also put its Xbox One consoles in the shelves.

The near release of gaming consoles by these two companies is no surprise but the sales record created by the two new consoles on their first days in the market, were never expected.

When Sony released the PS4 in US and Canada on November 15, it sold over one million units on the opening day creating a new record of sales of maximum number of PlayStation units. If Sony is creating ripples in the gaming console market, how could Microsoft take it silently? The Redmond company launched its Xbox One last weekend and created a new company record by selling one million units in just 24 hours.

Though Microsoft managed to register its biggest ever gaming console release with the launch of Xbox One, Sony has an upper hand in public demand, according to our analysis.

Microsoft released the Xbox One in 13 different countries — US, UK, Australia, Austria, Brazil, Canada, France, Germany, Ireland, Italy, Mexico, Spain, and New Zealand – to register the one million unit sales, whereas Sony achieved the feat by releasing its PS4 only in the US and Canada.

Sony’s PS4 is going to take a lead over the sales of Xbox One as it is getting ready for its UK and Europe release by the end of this month.

Coming on the point of specification and hardware, Sony has powered the PS4 with an eight core x86-64 AMD Jaguar processor along with AMD’s Radeon tech-based 1.84 teraflop GPU. Microsoft’s Xbox One too comes with same CPU and GPU but PS4 puts more graphic strength for the game-play as it doesn’t use the GPU for other media related functions.

If you are looking for a great gaming console the PS4 can be your choice without giving any second thought. But if you consider your gaming device to be a good media platform too, then Xbox One will definitely be something you would like to posses.