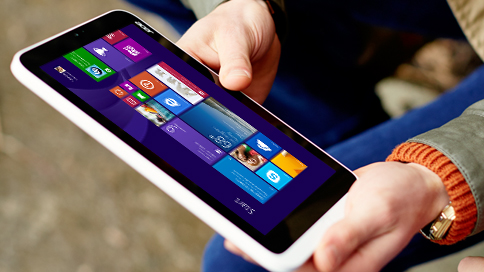 Microsoft finally delivers what windows users have been expecting from the operating system for a long time. No we are not here to compare Windows Phone 8.1 with latest Android and iOS because it is still hard to put up Windows OS against the dominated duo. But that doesn’t mean Windows is done trying and this time around the Windows Phone 8.1 shows confidence to match Android and iOS.

Cortana , the voice response system in Windows Phone 8.1 that can be defined as the Apple’s Siri alternative for Windows is the heart and soul of the new OS. Now Windows Phone owners can proudly say that they have a personal assistance that schedule their flight, find them routes, mark their calenderers and even find nice place to eat in the town.

In many aspects Cortana give a tough fight to Apple’s Siri but the fact that it relies on Microsoft’s search engine Bing for online tasks drags it down a little bit.

The introduction of Action Center is another change that says that Windows Phone 8.1 pay attention to small details like Android and iOS. Action Center allows you to check missed call, access bluetooth and Wi-Fi and set notifications by swipe of your finger.

The home screen of new Windows Phone 8.1 has improved in both look and functionality. The new OS allows you to add more tiles so you can have more of what you need at touch access and you can also set a background picture on the home screen to give a personal touch.

If you enjoy using the typing improvement software Swype on your smartphone than Windows has something similar to offer. This cool keyboard feature in Windows Phone 8.1 lets you type much faster and it’s definitely something that Windows rivals will have to adopt from this OS.

Overall Microsoft has tried to provide something new while keeping its focus on the small details that were lacking in previous Windows Phone Operating Systems. The Windows App Store also looks more vibrant than before but there is no doubt that apart from few Apps and Games it is still dull and boring compare to Play Store and Apple’s App Store.