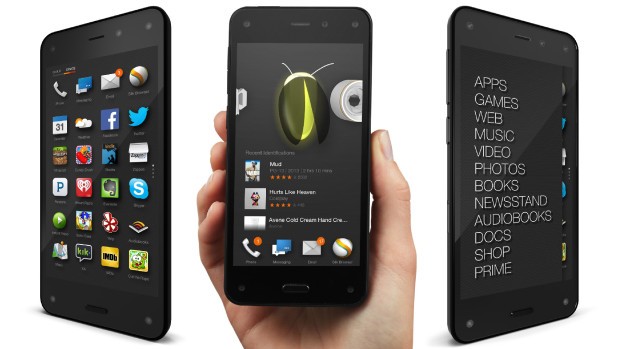 Amazon has finally taken wraps off its long awaited smartphone – the Fire Phone – and started a new way of boosting its online shopping business indirectly.

The Fire Phone has already been talked about a lot as far as it features are concerned but the main intentions behind launching a smartphone with a very very customized version of Android in the already crowded market of smartphones seem to be very clear here.

With the launch of its Kindle tablets, Amazon had made it very clear that its agenda behind launching hardware device is not giving a tough competition to giants like Apple, Samsung, HTC and Sony; but to give Amazon users a hardware that can make their purchase from the company easier.

The American e-Commerce leader’s move to launch a smartphone was quite expected as it had been paying a big cut to other companies for hosting its shopping apps.

Amazon discontinued in-app purchases via its Comixology app on iOS to save the 30 percent dividend it used to pay to Apple. Comixology is a cloud-based digital comics platform with over 200 million comic downloads. The app was bought by Amazon in April this year.

When Amazon sells something directly, it earns more for obvious reasons. But as the world of online shopping is moving from PCs and laptops to tablets and smartphone, the company needed something that bridge the increasing gap between its products and the online buyers.

The Kindle tablets were launched, and kept very low priced in comparison with tablets from HP, Apple and Samsung, so the company can push the products on its website. However, it soon realized that Kindle tablets were very limited to certain products like e-books thus it felt the need of something that could make the users’ shopping range wider.

Coming back to the Amazon Fire Phone, the smartphone has brought the 3D display once again in the market with Dynamic Perspective that allows the users to tilt, auto-scroll, swivel, and peek to navigate menus and access shortcuts with one hand.

The biggest feature of the Fire Phone is its Firefly feature that is going to a game changer for Amazon. The company has come up with this feature that lets you know about almost everything with just push of a button.

A user can recognize household items, books, DVDs, CDs, video games, and more by just taking a shot of it by the Firefly button. Firefly lets you access product details, add items to a customer’s Wish List, or order on Amazon straight from the Fire Phone.

It also identifies printed text and then a user can make calls, save new contacts, send emails, and visit websites without typing long addresses.

The Firefly also recognizes music, films and TV shows and accesses almost all the information about them for its user.

The function is a clear indication that the Fire phone is designed to make it more of a virtual mobile shopping mall than a smartphone.