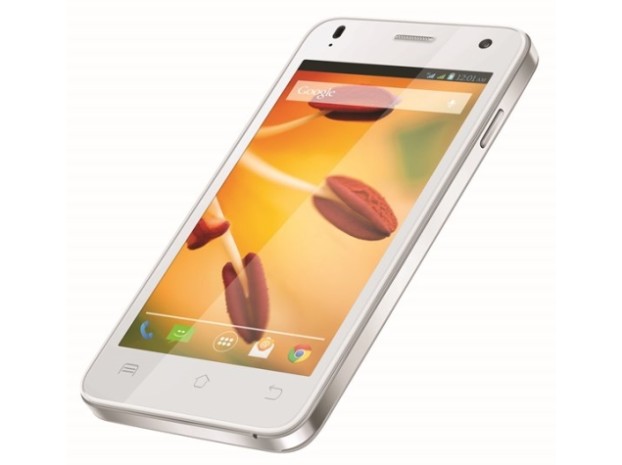 The Lava Iris X1 sports 4.5 inch display screen with the resolution of 854X480 pixels. Matching the power performance of Moto E the new Lava smartphone sports 1.2 GHz quad core processor, Broadcom chipset that is coupled with 1 GB RAM. The device comes with 4 GB internal memory but features a micro SD card slot for expandable memory for up to 32 GB.

The smartphone packs 8 megapixels rear camera along with 2 megapixels front facing camera that is a huge feature for the price. The primary camera also comes with LED flash that will come handy while clicking photographs in poor lighting conditions.

Lava Iris X1 is a dual-sim smartphone and packs decent connectivity features like Bluetooth 4.0, Wi-Fi 802.11b/g/n. It has 3G connectivity, GPS tracker and comes with 1800 mAh battery to power the device. The smartphone will be exclusively available online at Amazon.in but you can also find it at retailers near you after May 27 .

Lava Iris X1 has a rugged design compared to Micromax Unite 2 but its relatively higher price and slightly small screen size may play a role in sales. Apart from few minor feature variations the new Lava smartphone share a lot of specs with its Motorola and Micromax counterpart. With Moto E success threatening the sales of domestic smartphone it will be interesting to see how Iris X1 measures against its global rival.