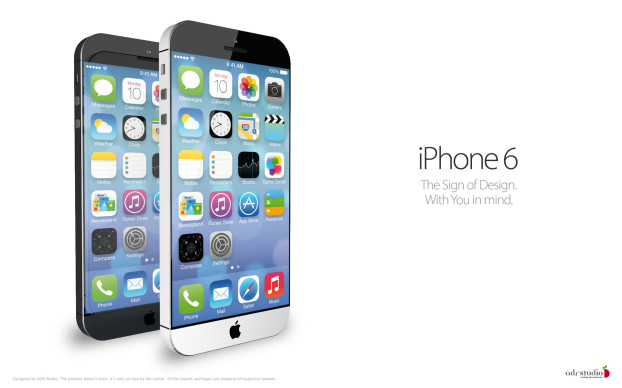 Apple, for a very long time, was known for its different strategies and some rock solid decision. But, in recent time we have seen some big changes in the company’s usual approach in the mobile market.

The Cupertino company was never know for bringing out a budget device until it launched the ‘low cost’ iPhone 5c along with its flagship iPhone 5S last year. The company has also been stuck to its usual size of display (4 inch) for a very long time even though its biggest rival Samsung has been increasing the display size of its Galaxy smartphones with every new release.

However, the new developments in Apple’s suppliers’ units suggest that Apple is drifting away from the usual 4 inch screen in a move directed towards luring more customers for the iOS device.

According to a new report, the upcoming iPhone 6 is going to be bigger than the iPhone 5S.

This is not all, it is also being rumoured that Apple is going to once again release two iPhones in one shot. One device is expected to be a 4.7 incher whereas the costlier one will be of 5.5 inch.

Apart from the size, the resolution of the screen is also said to be taking a big change in the upcoming iPhone 6 handsets.

Nikkei reports that the suppliers of the LCD panels for Apple will start the production soon in order the make the new iPhone debut as early as this September.

“Mass production of liquid crystal display panels will start as early as the April-June quarter at Sharp’s Kameyama factory, Japan Display’s Mobara plant, and elsewhere, according to sources. LG Electronics will supply panels as well. The new handset’s display resolution is expected to be significantly higher than that of current models,” it reports.