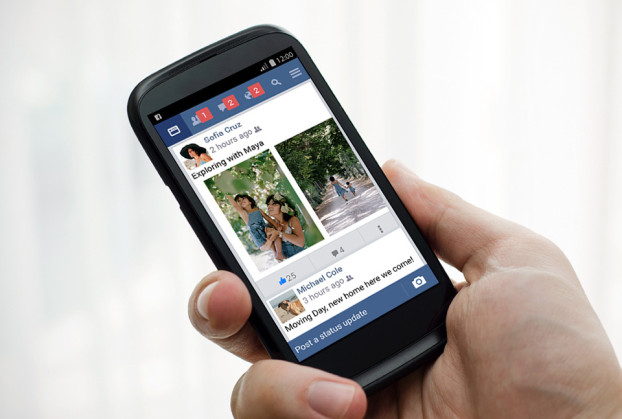 The social media king has released a new lighter version of its app dubbed as Facebook Lite for Android users. As you might have guessed, Facebook Lite is a striped down version of original app that uses a lot less data to function.
Facebook Lite’s project manager App Vijay Shankar shares the idea behind the trimmed down edition.
“In many areas, networks can be slow and not able to support all the functionality found in Facebook for Android. Facebook Lite was built for these situations, giving people a reliable Facebook experience when bandwidth is at a minimum.”

The app takes 1 MB of space to download and promises to provide key features like Newsfeed, photos, notification and status update. The App is already rolling out in Asian countries from Wednesday June 4 onward and will soon arrive in Latin America, Europe and Africa.

On another front, Facebook has launched a new location sharing feature in Messenger app. Now messenger users can send their location to a friend as a text message. The social network has rolled out the service for both Android and iOS users.

“With this update, you have full control over when and how you share your location information. You only send a location when you tap on the location pin and then choose to send it as a separate message. You can also share a location—like a meeting spot—even if you’re not there.” Read the Facebook blog post.
To use the new feature you need to click on more feature, click on the location pin a share as a message. Additionally, you can also share other location with friends.