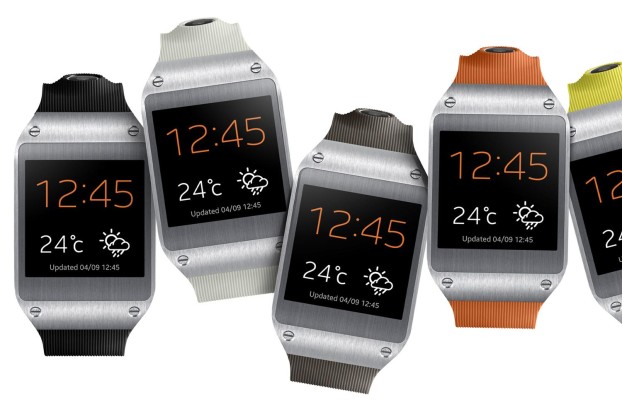 As the arrival of year 2014 is just around the corner, tech enthusiasts are thinking about the devices that can make their debut in the initial months of the New Year. Although we don’t have a list of all the devices, we have got to know that Samsung is planning to introduce two wearables at the Mobile World Congress in Barcelona.

The Korean tech giant is rumored to be introducing the Galaxy Gear 2 and Galaxy Band. According to Lee Seung-woo, an analyst at IBK Securities, Samsung is already working on the successor of its Galaxy Gear smartwatch and the wearable device is expected to ready by early 2014.

“Samsung is currently working on the Galaxy Gear 2, and the product will be surely released early next year,” Lee was quoted by The Korean Herald as saying.

Apart from the Galaxy Gear 2, Samsung is also expected to take covers off from Galaxy Band at the MWC 2014 starting from February 24.

The Galaxy Band is basically a fitness wristband to monitor user’s blood pressure and pulse rate. The bracelet is also rumored to come with features like pedometer, route guidance, and smart tracking sensors for motion, pressure, and humidity.

The S Band basically tracks and records the exercise details of the user and monitors the sleep efficiency as well.

There is no detail given from Samsung about the Galaxy Band so far, but we anticipate that the new fitness wearable is not going to come with a camera and impressive screen like Galaxy Gear. The device is expected to be compatible with Galaxy Gear, Galaxy S4 and Galaxy Note 3.

We will be bringing more news from the Mobile World Congress once the event kicks off, but till then we can make a list of hot gadgets to be unveiled in Barcelona.