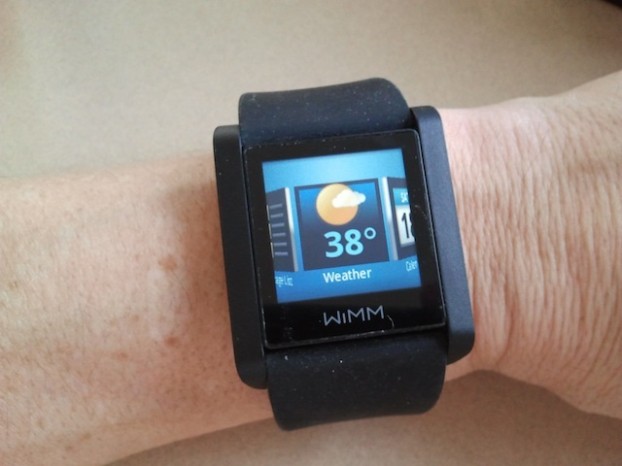 When Google Inc. (NASDAQ:GOOG) announced its plans of manufacturing Google Glass, the world was in an impression that the device is going to be the first wearable device the search giant is showing interest in. However, the company had made up its mind in the field wearable device well before it conceptualized the Google Glass.

As Google now admits of acquiring smart watch maker WIMM Labs, people get to know its interest in smart watches and other wearable devices.

WIMM One was WIMM Labs’ first smart watch that was running Android aboard and was given out as a concept wearable to developers before its actual launch in 2011. But, the company suddenly stopped its operations in 2012 putting a message on its site that it has gone into an exclusive partnership.

“During the summer of 2012, WIMM Labs entered into an exclusive, confidential relationship for our technology and ceased sales of the Developer Preview Kit… We’d like to thank all of our developers for their interest and willingness to experiment with our platform and look forward to exciting advances in the wearable market.”

For sometimes, tech and business pundits were speculating that the partner could be Apple as the iPhone maker was rumoured to be working on a smart watch, but now Gigaom’s report has taken off the lid from the real scene.

Google, though, didn’t say much about the acquisition but the company has confirmed that it acquired WIMM Labs last summer. The price and other details about the deal have not been disclosed by either of the companies.

The report of acquisition confirms Google’s plan of bringing out an Android based smart watch in near future. However, it will not be able to beat its OEM partner Samsung as the Korean company is all set to launch its Galaxy Gear device next week at this year’s IFA Berlin.

Talking about WIMM One, TechCrunch’s Natasha Lomas says, “WIMM One was powered by Android 2.1 that was aimed at developers as a sort of concept flagship ahead of a broader consumer launch. The WIMM One used Bluetooth and Wi-Fi 802.11b/g for connectivity, had 256 MB of RAM plus a 667MHz processor, and used a screen design that refreshed once per minute to conserve battery life. It also supported apps via a “Micro App Store” — installed and managed by users via a web-based dashboard. Android developers were offered custom APIs for adapting their software to the WIMM One’s tiny, 16-bit colour screen.”