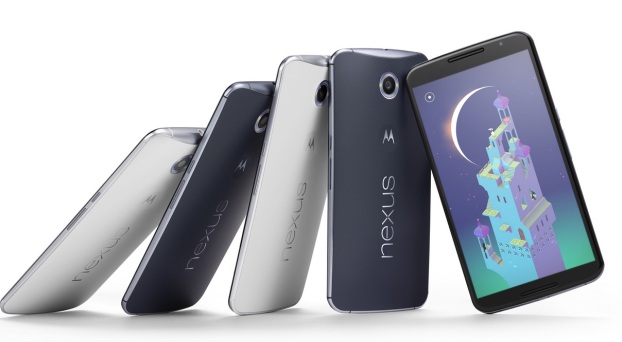 After throwing many hints for many days about its upcoming products, Google has finally taken the veils off its all new Nexus 6 phablet and Nexus 9 tablet. With the launch of these two products the battle between Google and Apple will get intense as we will see the Nexus 6 competing against iPhone 6 plus where as the Nexus 9 will take on iPad Air 2.

Google also announced two long awaited products – the Nexus Player and Android 5.0 Lollipop – with the Nexus 6 and Nexus 9. However, we are going to talk only about the smartphone and the tablet.

The Nexus 6 smartphone is build by Motorola and looks like bigger sibling of Motorola’s famous Moto X. With a 5.9-inch Quad HD display, the Nexus 6 is going to give scares to Apple’s iPhone 6 Plus that comes with a 5.5 inch display.

The Nexus 5 successor is powered by Qualcomm’s Snapdragon 805 quad-core processor clocked at 2.7 Ghz which will be supported by whopping 3 GB of RAM. The graphics of the smartphone will be powered by Adreno 420 GPU (graphic processing unit).

As the Nexus 6 is almost the same device as like Moto X second generation, the camera section of the two devices is completely same. The smartphone will come with a 13 megapixel primary camera with an inbuilt dual LED flash light. The front camera is going to be of 2 megapixel.

The biggest selling point of the Nexus 6, which was codenamed Shamu earlier, can be its battery performance as Google’s claims the 3220 mAh battery packed inside can give a day’s performance with only one charge. It is also said that the battery can give use of six hours with a 15 minute charge.

Internal storage options for the Nexus 6 are 32 GB and 64 GB. The device will be available in Midnight Blue and Cloud White.

The upcoming rival of Apple’s iPad Air 2 is Google’s Nexus 9. The Nexus 9 sports an 8.9-inch LCD display. The tablet is powered by NVIDIA Tegra K1 64-bit dual-core processor clocked at 2.3 Ghz and NVIDIA Kepler graphic processor. The RAM of the tablet is of 2 GB.

Manufactured by HTC, the Nexus 9’s primary and front cameras of 8 megapixel and 1.6 megapixel respectively. The tablet is going to be available in 16 GB and 32 GB version which users will not be able to expand.

Design-wise Nexus 9 is something easy to hold and the grip on the metal brush body is going to firm. As the body of the device is not all metal, HTC managed to keep its weight controlled. The Nexus 9 weighs just over a pound.

The Nexus 6 and Nexus 9 device are going to run Android 5 Lollipop out of the box and are expected to hit the Indian market in November somewhere.

Google has not disclosed the pricing and release date officially yet.