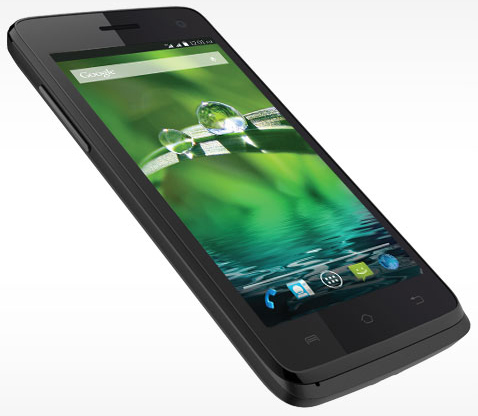 Indians homegrown mobile maker Lava has introduced a new super budget friendly smartphone Lava Iris 414 for only Rs.4049. Normally you don’t expect to have it all in a sub 5,000 range smartphone but Lava Iris tries to pack maximum features at the minimum price.

Lava Isis hides most of its surprise in the camera segment where it features a 3.2 megapixels rear camera along with a VGA camera that’s still uncommon in ultra budget models. The camera in Lava Iris 414 also features LED flash and digital zoom.

In the connectivity segment, Iris 414 supports 3G and 2G network, features Wi-Fi, Bluetooth and data exchange via micro USB port. The device packs 1400mAh battery that promises up 12 hours of talk time on 2G network but only a real life test will clear out if Lava Iris 414 live up to that expectation.

Lava Iris 414 will attract to first time smartphone buyers who are looking for a dual camera phone at a budget. The smartphone looks neat and may deliver descent performance as long as you won’t burden it with more than 8 GB storage.

Certainly, the device supports up to 32 GB but with the hold up of minimum RAM and average processor you would be demanding too much of an entry level smartphone in such situation.