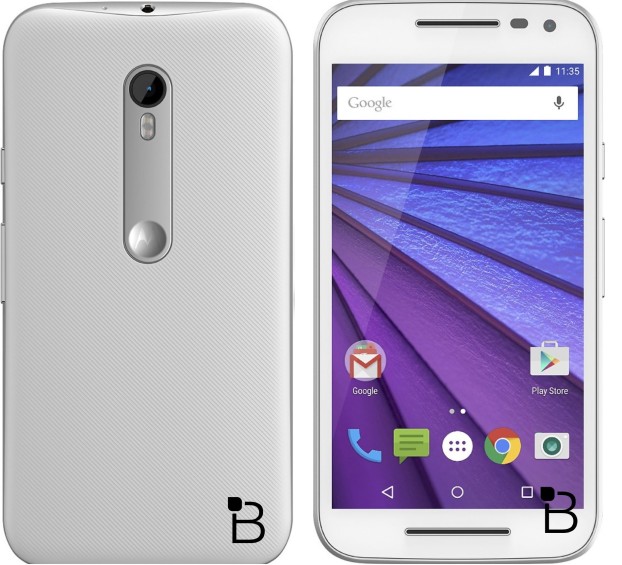 Motorola is seems to be giving quite a makeover to the next generation Moto G if leaked images are to believe.  Recently TechnoBuffalo allegedly received some legit images of Moto E 3rd gen flaunting new stylish metallic rim and rugged back panel. The images are the closest look at the 2015 Moto G that appeared on the web but there is no official confirmation on the authenticity of these pictures.

Motorola’s next generation budget model is supposedly code named “Ospray” and may have same bones as its predecessor. The smartphone is expected to sport 5 inch screen with 720X1280 p display. Earlier leaked hinted that next gen Moto G may feature Snapdragon 410 chip while retaining same old 1 GB RAM.

The device will most probably come in 8 GB and 16 GB internal memory options and much awaited LTE support. But it’s not clear whether LTE support will be exclusive to 16 GB Moto E model.

Other leaks also indicated that the budget Moto may see big boost in the camera segment and will come with 13 MP rear and 5 megapixels front camera. However, when we compare such camera specs with high end Motorola models like Moto X and Turbo such a big jump in megapixels seems highly unlikely.

Particularly, if Motorola is trying to keep the price at ground it’s improbable that Moto would make big improvements in features and design segments at once. Motorola hasn’t announced any launch date of Moto G 2015 as of now but if we go by last year’s trend new budget Moto should arrive by September 2015.