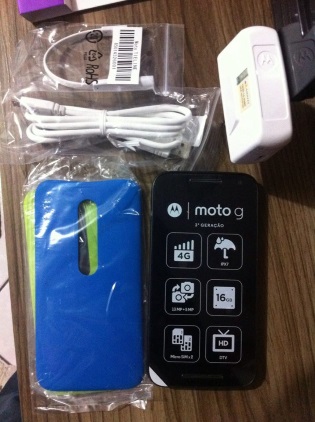 Moto G 3rd gen is all set to release on Tuesday but Moto fans got a sneak peak at the specification of the budget Moto when Motorola’s Indian e-commerce partner Flipkart tipped them online . In line with multiple rumors Flipkart’s listing also confirms that upcoming Moto G 3rd gen will be available in two different variants. Specifications of the new Moto G were first noticed by Techdroider in a Flipkart upcoming product details segment. As per the posting the cheaper 8 GB variant will cost Rs 11,999 come with 1 GB RAM while the slightly pricier counterpart will feature 2 GB RAM and 16 GB internal memory.

As mentioned above the new Moto G will come in 1GB and 2GB RAM variants. MicroSD slot supports up to 32 GB total storage. The device is packed with 2470mAh juice battery. The biggest specs jump comes in the camera segment of the device as new Moto G comes with 13 MP primary camera with dual LED flash and 5 megapixels secondary camera.
The overall look and feel of the device is the biggest change since the launch of first budget Motorola handset back in 2012 that redefined low budget smartphone. Motorola has already sent invites for an event for Tuesday 28 July where the company is expected to officially launch the 3rd Gen Moto G.