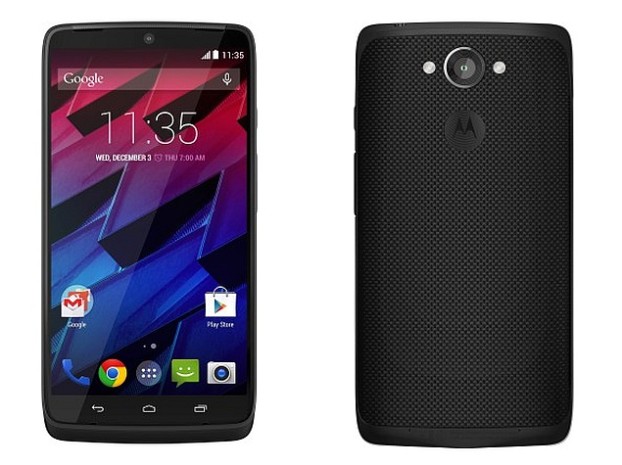 The powerful Motorola Moto Turbo that has been making waves with its promising features and power pact battery line has finally arrived in India. The high end Moto Turbo is now available for purchase on Motorola India’s e-commerce partner Flipkart for Rs 41, 999 for its 64 GB variant.

Flipkart had started taking pre-order of the smartphone few weeks ago and if you are one of those people who have booked the Moto Turbo in advance your Android beast might already be on its way to you.

Moto Turbo is one of the best high end device produced by Motorola and if you are not convinced yet we should rather let its specs and performance do the talking.

The 5.2 inch display screen of Moto Turbo boast Quad HD Amoled display of (1440X2560) matching the display of the likes of Samsung Note 4 and LG G3 . However, the pixels density in Moto Turbo runs much higher at 556 ppi compare to other two as it features smaller 5.2 inch screen while Note 4 and G3 boast 5.5 and 5.7 inch screen respectively.

The device is equipped with top notch Qualcomm Snapdragon 805 Quad core 2.7 GHz processor paired with Adreno 420 GPU and 3 GB RAM.  The top of line hardware and extra RAM will make a world of a difference while playing video game or streaming on Moto Turbo’s Quad HD display screen. As expected the new Moto Turbo packs latest Android 5.0 Lollipop and gives you more control over the device with choices to alter home apps.

The biggest selling point of Moto Turbo is its whopping 3, 900 battery which is the most powerful battery ever paced in a smartphone. The powerful battery promises mixed usage of up to 48hours and supports a unique tool “Motorola Turbo Charger” that fuel up 7 hours of battery in just 15 minutes.

Original Moto Turbo was launched in two color black and flashy red but India will only get the black with rugged nylon backing design. nylon The smartphone was first launched in United States (exclusive to Verizon) with the name “Droid Turbo” back in September 2014 and later introduced to Latin America with yet another name “Moto Maxx” last year.

Call it a sales strategy or market sense Motorola has a history of holding its high end models before introducing in the India unlike budget smartphone like Moto E and Moto G that often see first light in the country. Anyhow with a considerable price difference to other high end model such as Galaxy S6, LG G3 and Galaxy Note 4 the Moto Turbo may still clinch a crowd thanks to its powerful and promising features.