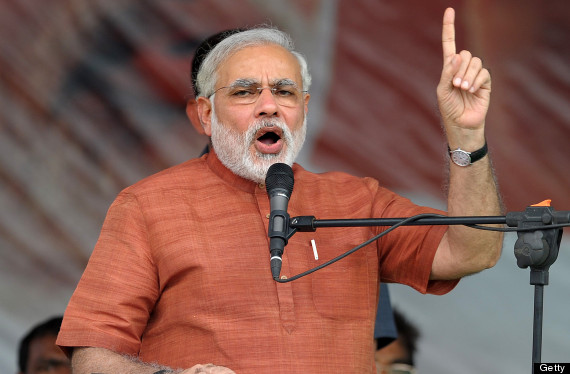 World’s most popular social networking site that has around 82 million monthly active users in India “#DidYouKnow India’s most talked about person on Facebook in 2013 is Narendra Modi, and the top check-in is Sukhdev dhaba, Murthal?”.

According to facebook’s most talked about topic list in its” 2013 A Year in a Review” post Narendra Modi clench the first position. Sachin Tendulakar, iPhone 5s, new RBI governer Rahuram Rajan and India’s mars mission Mangalyan respectively top the chart to be in the top five topics.

Bhartiya Janta Party announced Gujrat’s chief minister Narendra Modi as their chief ministerial candidate in September this year. The name “NaMo” which is an acronym for Modi’s full name started doing rounds on twitter and Facebook as Modi followers and haters started debating his potential in the race.

India’s icon Sachin Tendulkar announced his retirement from test cricket last month and whole country gave him tribute on social media with “#thankyousachin”. The 3rd most talked about topic Apple’s iPhone 5s surprisingly became a sensation in India soon after its launch. The first shipment of iPhone 5s sold out in India within 24 hours and ever since the smartphone is in high demand in the country.

According the list of most checked in places on Facebook India Sukhdev Dabha at Murthal (Haryana) ranked first followed by Golden Temple in Amritsar, Bangla Sahib Gurudwar, Connaught Place in Delhi. Mumbai’s India Gate and Agra’s Taj Mahal also made it to the popularity list.