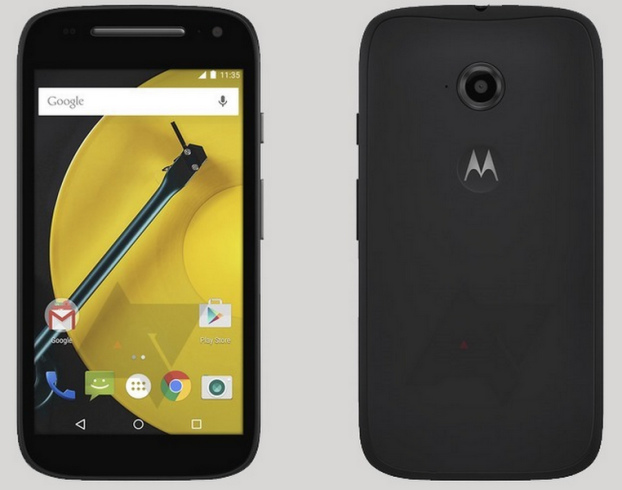 Moto E surely delivers on latest Android and added front facing camera but then it goes even one step further by adding many high end Moto X functions to this budget beasty.
When it comes to the ultra budget device you hardly expect anything but basics but surprisingly Moto E has managed to bring some changes in almost every segment to make a new experience. Here we take you through the new Moto E and explore the new trendsetter in the budget Smartphone market again.

Providing latest Android software to even the ultra budget models is one specialty of Motorola that sets it apart from other smarphone makers. The new Moto E comes with latest Android Lollipop on top of that the device has borrowed various customization options and personalized software features from Moto X.

The new Moto E has bigger 4.5 inch screen which is a 0.3 inch jump from first generation model which had 4.2 inch screen. However despite the increased screen size the display resolution of the device remains the same at 540X960 which produces around 245 ppi.

Motorola has answered the request of many users by adding a VGA camera at the front that is paired with the same 5 megapixels camera of original Moto E.

The famous Moto X features that launch your Smartphone camera with just a flip of a phone has made its way to Moto E. All you need to do is twist the phone and the feature launches your Moto E’s camera without you having the need to touch the screen. 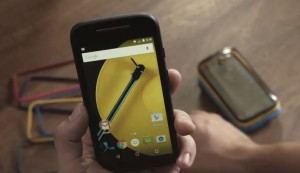 The device still comes in only two color options White and Black but Motorola now offers colorful rings (Motorola Rings) to dress up Moto E in many popular color. Motorola has also introduced matching protective coverings called Motorola Grip Shells and Power Pack Micro to dress up your device and change its looks as you may like.

High speed internet connectivity is no longer a luxury feature and Motorola made sure to extend the 4 G LTE support then the budget model. Moto E now comes in both 4G and 3G variants and the 4G LTE version is expected to be priced a bit higher than the 3G one.

Bigger Storage:
The new Moto E comes with 8 GB storage and sports a micro SD slot for expandable memory for up to 32 GB. The device is supported by 2390 mAh battery that promises to last for about 24 hours of normal usage.