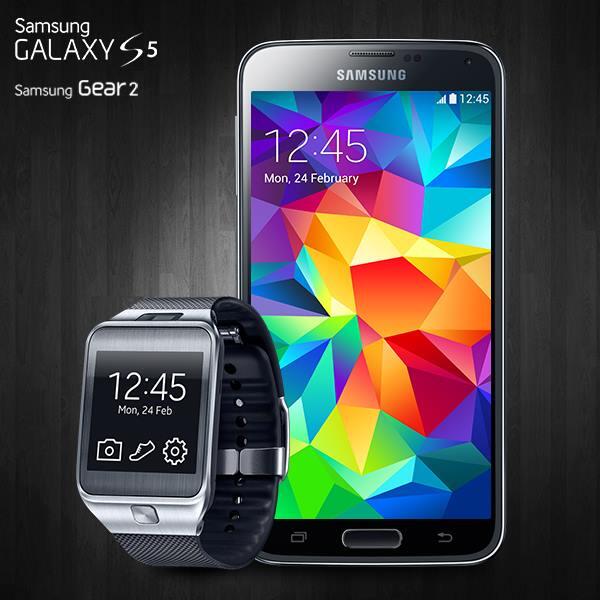 Samsung today launched its much awaited flagship smartphone Galaxy S5 in India along with the new set of wearables like smartwatch Galaxy Gear 2, Neo and fitness band Gear Fit.

The new Samsung high end model that will start selling in the country from 11 April will cost between 51,000 to 53,000 depending on the market locations across India. The smartphone will be available in four color variants of black, white gold and blue.

On the other hand the second generation Samsung Smartwatch Galaxy Gear 2 will cost 21,900 which is slightly lower than the offered price of first Galaxy Smartwatch.

The cheaper version of Galaxy Gear dubbed as Gear 2 Neo will around 15,900 and the fitness band Gear Fit will also come at the same price point of 15,900.

For those who want to get their hands on Samsung Galaxy S5 as early as possible Samsung will soon announce pre-order process on Samsung India website.

The new addition to Samsung’s S series is company’s first smartphone to feature finger print scanner to unloack the device. Galaxy S5 features 5.1 inch display screen that has the same resolutions of 1080X1920p Super AMOLED display as Galaxy S4. Samsung has pumped up the camera volume with 16 Megapixels camera in S5 that has improved features to take full advantage of the increased megapixels.

Five Feature of Galaxy S5 that no Other Samsung Smartphone has

The new Galaxy  is powered by 2500 GHz quad core processor and has 3 GB RAM to give snappy performance while watching videos and playing games.

Galaxy S5 runs Android 4.4.2 KitKat out of the box which is the latest version of Android. On top of the Android sits Samsung’s own TouchWiz UI that has been brushed up for a cleaner look. Galaxy S5 comes with water and dust proof features with IPS 7 rating for safety from spills and dusty encounters.

The Samsung smartwatch Galaxy Gear two have got a new Operating System Tizen which makes it versatile compare to last model. Gear 2 Neo is a fresh entry which is just a cheaper version of Gear 2 and sport plastic wrist band and low screen resolution compare to Gear 2.

The fitness band Gear Fit is one wearable from Samsung that excite us the most. It is totally fitness centric with heart rate monitor, S health app support and dozens such features.