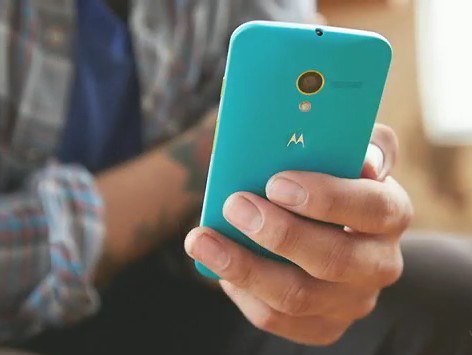 When Moto G arrived in India, all the units of the iconic smartphone from Motorola were sold out with hours. The reason behind the huge success of the device was the combination of its price and its exciting features topped with Android’s latest Android 4.4 KitKat firmware.

As the Moto G has now come back in the shelves, here we give you three rivals of the Moto G who can spoil Motorola’s party.

Although the device is really a great buy for below Rs 15,000, but there are devices that might force you to give a second thought to the option of buying Moto G.

The smartphone sports 4.7 inch WVGA touchscreen with 480×800 pixel resolution. The device comes with 5 megapixel primary camera whereas the secondary camera is of .3 megapixel.

The phone has 8 GB of internal storage and it can be extended up to 32 GB with the help of a microSD card. The smartphone is available on Flipkart for Rs 13,731.

Micromax Canvas 4 A210: Purely Indian by heart and cost, the Micromax Canvas 4 is something which many Indians will not be able to resist from owning. The Canvas 4 sports a 5 inch HD display with 1280×720 pixel resolution. The device is powered by a solid quad-core processor clocked at 1.2 GHz and supported by 1 GB RAM. The storage of the device is 16 GB out of which about 6 GB is taken by preloaded apps and the operating system. There is a microSD slot to extend the memory. The slot can support a card up to 32 GB.

The phone runs Android 4.2.1 Jelly Bean out of the box and comes with a decent 2000 mAh battery.

Sony Xperia M Dual: The Xperia brand has taken Sony smartphones to a new level in the Indian market. To cater to a segment of the buyers who don’t believe in much expensive devices but still don’t want to carry a not so popular brand, Sony Xperia M Dual is the perfect choice.

The Sony Xperia M Dual comes with a 4 inch screen with FWVGA 480×854 pixel resolution. The device has got a Qualcomm Snapdragon S4 Pro dual-core processor clocked at 1 GHZ to power it up. To support the processor, Xperia M Dual has a 1 GB of RAM. Internal memory of the phone is limited to 4 GB with an option of extending it to 32 GB via a microSD card.

Cameras of the smartphone are of 5 megapixel and .3 megapixel. The device is going to run Android 4.1 Jelly Bean out of the box and is juiced up by a 1750 mAh battery.