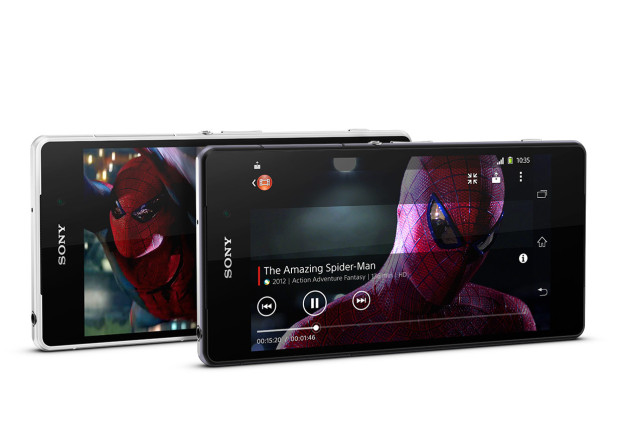 With Xperia Z2 Sony is trying to outdone rival Samsung by offering what Samsung couldn’t in its flagship model Galaxy S5. The upcoming smartphone from the Japanese electronic major packs 5.2 inch display and 20.7 megapixels camera in Xperia Z2 but there is a lot more to it.

Samsung’s Galaxy S5 was long rumored to have 4k displays but at the end we got almost the same display as S4 in the new Samsung flagship. To deliver on that note Xperia Z2 is packing their staple TRILUMINOS display with Live color LED designed for mobile to design the most colorful display on small screen.

The 20.7 megapixels camera in Sony Xperia records ultra HD quality videos which is 4 times the resolution of high definition.  Normal Full HD have 1920X1080 while the ultra HD packs whopping 3840X 2160 pixels  To top things Sony has installed a new image sensor in Z2 camera that has 30% bigger sensor compare to average smartphone.

The reason Sony wins over photo enthusiasts is thanks to its camera and photo editing apps and Xperia Z2 sure deliver to its loyal consumers.  Sony has installed dozens of photo editing apps and camera features in their new flagship such as Timeshift Video, slow motion recording and Background De focus for blur effect.

Both Samsung and Sony have installed hefty Snapdragon processor in their new model but Xperia Z2 sport 3 GB RAM compare to 2 GB in Galaxy S5.  On paper Sony Xperia Z2 checks a lot of squares that Samsung Galaxy S5 could not but than Sony is all about camera while Samsung focuses on health and wellness in this smartphone.

The choice is yours whether you prefer more of health apps or camera apps, finger print scanner or aluminium design and what suits your style  funky colorful Samsung or elegant glass and aluminium design by Sony.