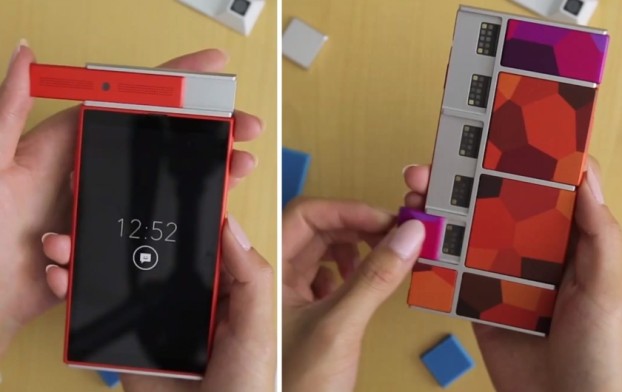 Google shed some light over its exciting modular Smartphone project Ara which was part of Motorola Mobility before it was sold to Lenovo for mere $2.9 Billion. Phonebloks , a partner of Google in this ambitious project recently released a video to share some insides on this “Build it Yourself” Smartphone project.


The video showcase how different companies are working closely to make the modular Smartphone dream a reality. A sneak peak in the project shows that the Smartphone is being built by placing different modules in a sliver frame by using magnates. The basis of this module is special “electropermanent” magnates used in the design that can be operated simply from an app or program.

Since the whole Smartphone is built with pieces of these electropermanent magnates you can easily swap parts of the phone by simply using an app. Another clip in the video shows some advance 3D design for customize casing of the Smartphone module like textured effects, bright colors or cool pictures.

It’s like advance version of Moto X’s customize design where you can get a 3D textured effects on the casing of your Smartphone. Google had been on a buying spree to get its Hands on many start ups that could prove handy in project Ara.

Imagine buying different pieces of a Smartphone like camera and processor and upgrading it by yourself whenever you want without having the need to buy a whole new phone.

The basic Smartphone module in the project Ara is expected to cost around $50(around rs 3,000) which is way less the current price of a basic smartphone. If Google succeed in making these modular Smartphone as interesting and DIY friendly as it sounds than this project cannot be less than a revolution.

The first video on the initiative comes just weeks before the First Project Ara Development Conference which is scheduled for April 15 2014. Interested developers can join the conference online or at scheduled location in Mountain View California on April 15th and 16th.